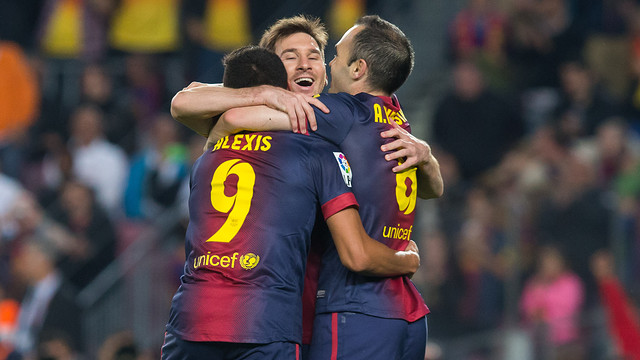 Barça have played sixty official matches season, only missing out on the finals of the Copa del Rey and Champions League

In five seasons, FC Barcelona have played 307 of a possible 316 games

It has been another busy season for FC Barcelona in which they played 60 out of a maximum possible 62 fixtures, only missing out on the finals of the Copa del Rey and Champions League. They went out in the semis of both knockout competitions, to Real Madrid and Bayern, respectively.

Those games represent 96.77% of the maximum possible. But the average over the last five seasons is even higher for FC Barcelona, who have played 307 of the 316 possible fixtures (97.15%) and only in the 2009/10 season has the team missed more than two possible games. That year they went of the Copa del Rey in the round of 16 to Sevilla, meaning they were absent for the five matches in the quarters, semis and final.

In the 2013/14 season, FC Barcelona will once again face a potential 62 matches (38 in the league, 13 in the Champions League, 9 in the Copa del Rey and 2 in the Spanish Supercup, while they will not be appearing in the Clubs World Cup).