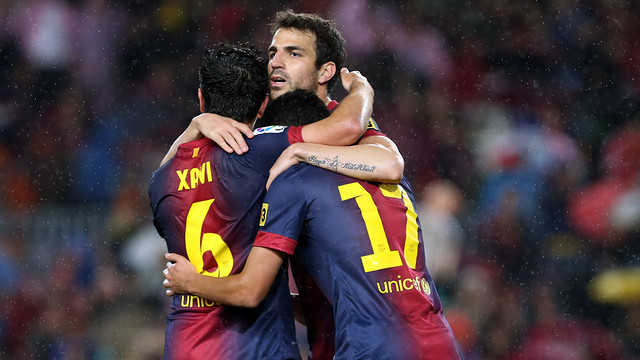 Barça head the stats for away goals scored in the 2012/13 season and have also conceded fewest headed goals, compared to the previous season’s figures when they scored more than any team from dead ball situations and headers and conceded fewer than anyone else:

Last season’s side had more shots and made more crosses into the box, but scored fewer goals than this year’s more clinical team. The woodwork once again also played a big part:

Barça were once again the team which received fewest cards and led the fair play table  – the team’s first choice centre half pairing  – Pique and Mascherano only committed 14 and 24 fouls all season long.