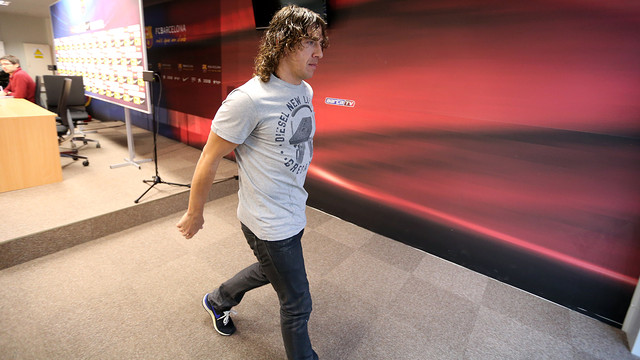 Carles Puyol will undergo ambulatory surgery on Wednesday morning to remove a Baker’s cyst in his right knee.

The surgery will take place at the Unitat del Genoll of the Institut Català of Traumatology and Medicine of Sport. The player is expected to be out of action for three to four weeks.

At noon, in the Ricard Maxenchs press room, Doctor Ricard Pruna will hold a press conference to talk about the procedure.

It’s worth noting that Puyol featured in 22 matches this season and he hasn’t made an appearance in an official match since March.