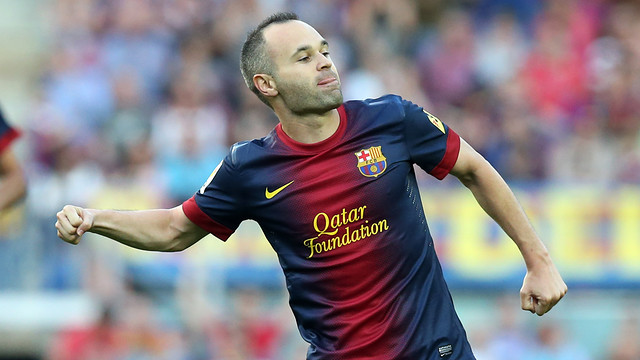 After the match against Málaga, Andrés Iniesta talked about Barça’s season and his match against the Andalusian side. “We wanted to finish our league campaign strong, win the match, and make sure the fans have a good time. Once we won the league title, we wanted the 100 points, it was an incentive, it’s a scandalous amount of points. It’s one for the history books,” he said.

The last game of the season also saw Éric Abidal play his last match in the Blaugrana strip. The Camp Nou and the players gave the Frenchman a worthy sendoff after the match against Málaga. “Everything we could do for Abidal falls short of what he deserves, he’s shown us so many things, I wish him the best in his professional career and in his personal life,” said Iniesta. “We’ve been with Abidal for many years, we’ve lived through a lot of situations together and I’m happy he was recognised by the fans,” he added.

Iniesta said that he has one more challenge this season, the Confederations Cup. “We’re going to try and win the only title the Spanish national team has yet to win,” declared the midfielder.

Lastly, Iniesta had words for Víctor Valdés: “I hope he doesn’t leave, his contract goes through next year and I hope he stays on at Barça. He said it the other day during his press conference, he intends to fulfill his contract. If he’s with us next season, that would be the best news.”