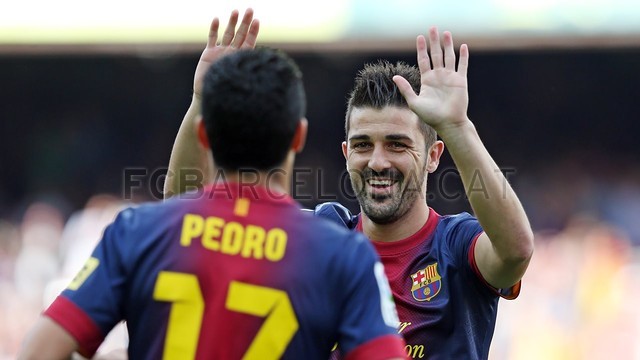 Barça close out the league with 100 points for the first time in Club history, thus equalling the mark set by Real Madrid last season

The victory over Málaga also means that Barça end the season with a 15-point advantage over Madrid, a record since the league started awarding victories with three points

Tito Vilanova’s Barça closed out the 2012/13 season in record fashion. The team’s first half of the season was simply exceptional (55 points won from 57 possible points, the best ever start in Spanish football history), and the the second half of the season didn’t disappoint. The Blaugrana notched up 100 points this season and they won La Liga by the biggest ever point margin over Real Madrid (15 points), a first since the league started awarding three points per victory.

The Blaugrana equalled the record set by Real Madrid in the 2011/12 season, when Los Blancos closed out the year with 100 points. After a nearly perfect season in the league, and with the title already won, the last challenge for Vilanova’s men was to reach this historic mark. In addition, Vilanova’s Barça also broke the Club record for points won in a single season, which was set at 99 points in the 2009/10 season.

This afternoon’s victory over Málaga in the last round of the La Liga saw the Blaugrana win their 32nd victory in the competition. Therefore, Barça equals yet another record set by Real Madrid in the 2011/12 season. The Club record, which was set in the 2009/10 season, stood at 31 victories.