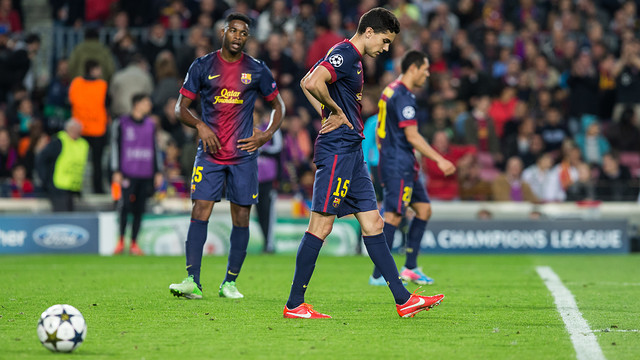 The team will return to training on Friday, at 11.00, at the Ciutat Esportiva.

Xavi Hernández was clear and transparent when he talked to the press after this evening’s match against Bayern Munich. “They dominate almost every facet of football and we have to congratulate them,” he said.

“It doesn’t feel good when this happens, we didn’t have a bad first half but when they scored their first in the second half … it made the remaining 45 minutes very difficult”

“We gave it all we had. Now it’s time to focus on La Liga, finish it off as soon as possible and then think about next season”

“It’s not the same without Leo but that didn’t influence the match, the result would have been similar”

“Defeat is just as painful if Madrid win or lose”

“We still have that hunger to keep on winning and the fact that we were eliminated in the semi-finals proves that. We don’t make excuses. If your opponent is better than you, you get eliminated”

“When they score a goal and they already have a four-goal advantage, it’s devastating. We have to keep playing at this level, if your level drops you get run over”

“They are lethal on the counter”

“We would have preferred to go to the break with a goal, but the 0-0 wasn’t bad. Robben’s goal really made it difficult”

“The players are hurt, we have to react and win La Liga as soon as possible”

“We went up against a very strong Bayern, their counters with Ribery and Robben were very hard to stop. But we are Barça, we don’t make excuses”

“We can’t give up. We lost the tie in Germany, that result really influenced today’s match. If we could have scored one or two goals early, it would have changed everything”