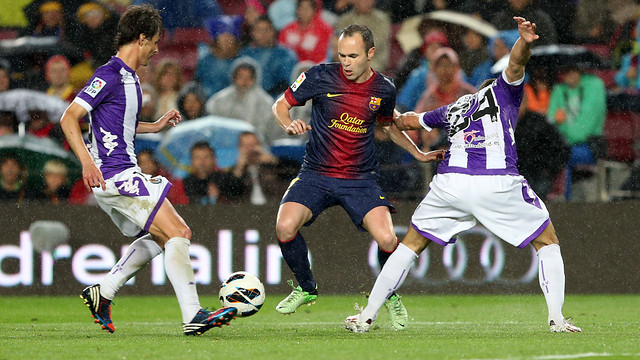 After the win against Valladolid, Barça have accumulated 17 victories and 1 draw in 18 league games in the Camp Nou. If they beat Malaga in the last game, they will have equalled the Club’s record of points in a 20-team First Division set in the 2009/10 season. Here are some more of the stats from Sunday’s game:

– Barça has 94 points, 5 away from their best ever total and 6 from the La Liga record. Two more games to go.

– Andrés Iniesta made his 300th league appearance. He’s made 453 appearances in all competitions.

– Pedro scored his sixth goal of the season, overtaking his haul from last season.

– The winger reached his 100th league victory. He’s done this in just 130 matches.

– Víctor Valdés has conceded 300 goals in 360 matches in the First Division.

– Jordi Alba recovered possession more often than any other player on the pitch (13).