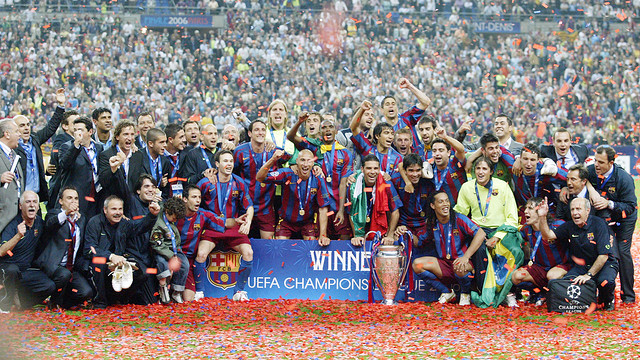 On May 17th 2006,Rijkaard’s Barça of Ronaldinho, Deco, Eto’o and co. hit the heights in Paris with a Beletti goal