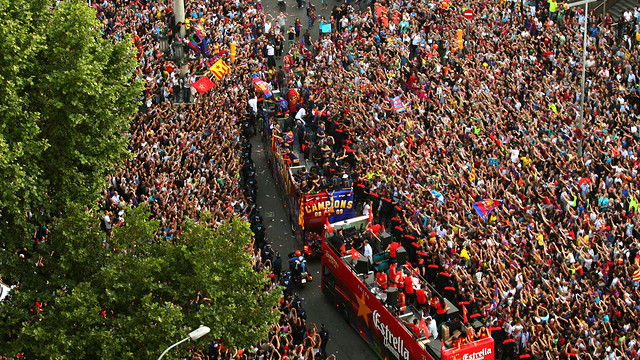 FC Barcelona will be sharing with the fans and members and the city of Barcelona in general, the football team’s success in winning the 2012/13 league championship

On Monday May 13, the players and coaches will be parading around the city together with the Women’s A team, who have won the league for the second consecutive year.