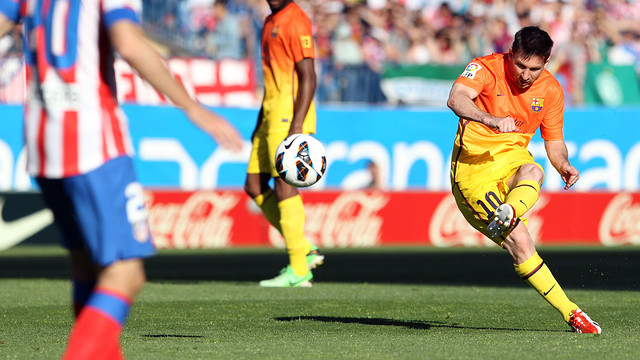 During this Sunday’s match against Atlético Madrid, Leo Messi had to abandon the pitch due to issues with the hamstring in his right leg. It was in the 67th minute when the Argentine could not longer continue, thus leaving his team with 10 men – all three substitutes had already been used by Tito Vilanova. This Monday the player will undergo further tests to determine the extent of his injury. After the match Vilanova stated that “we’ve managed this case [Messi’s injury] in the best possible way. He was feeling good but the pain can come back immediately, this usually happens with muscle injuries.”

Alves and Adriano, subbed out as a precautionary measure

Dani Alves also left the pitch before he’s usually used to as he sustained a muscle strain in his lumbar area. Adriano followed suit when he noticed pain in his right thigh.