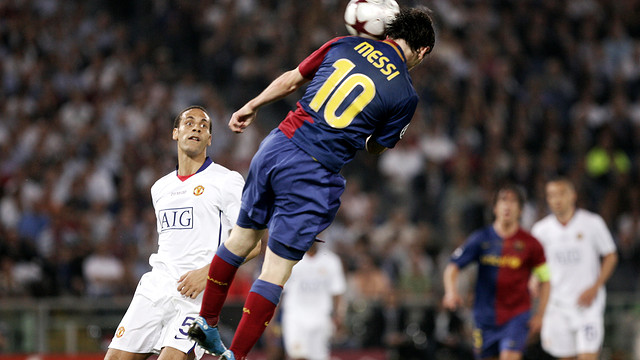 FC Barcelona went to the Olympic Stadium in Rome in search of their third major title of the season, after already winning the League and Cup double

Guardiola was missing several key defenders against a Manchester United side that looked in control until Eto’o’s goal changed everything. From then on, Barça were vastly superior, and Messi added a second to make it 2-0. On May 27, 2009 Barça not only won the Champions League against the defending champions, but also became the first Spanish club to win the League, Copa del Rey and Champions League in the same season.