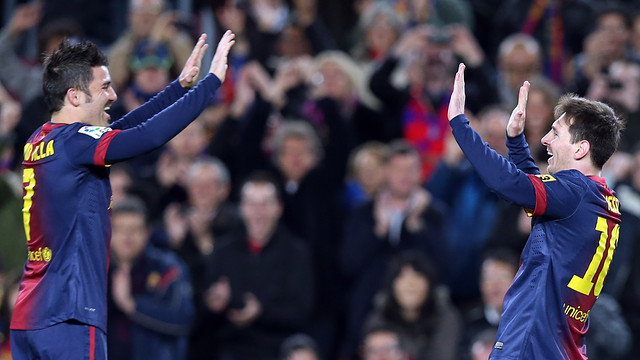 With two matches left to play, Barça are the continent’s top league scorers with 3.03 goals a game

Having won the league for the fourth time in five years, Barça are still adding to their legend. They have been on unstoppable form in the domestic championship and have scored more top flight goals than other team in Europe, 109, with two games left to play. That’s four more than the 103 that PSV got in the Eredivisie, despite losing out to the title to Ajax, and eleven more than the 98 racked up by Bayern Munich in their record-breaking march to the Bundesliga title.

More than 3 a game

FC Barcelona are hoping to become only the second side to ever make it to 100 points in a Liga season, while another record they still have in their sights is to set a new club goalscoring record. It is very unlikely now that they’ll be able to top the all-time Liga record of 121 goals scored by Real Madrid last season, but the Barcelona record of 114 goals, also set last year, is just five goals away. If Barça can maintain the same goalscoring rate in the last two games of the season as they have done up until now, then that record will fall.