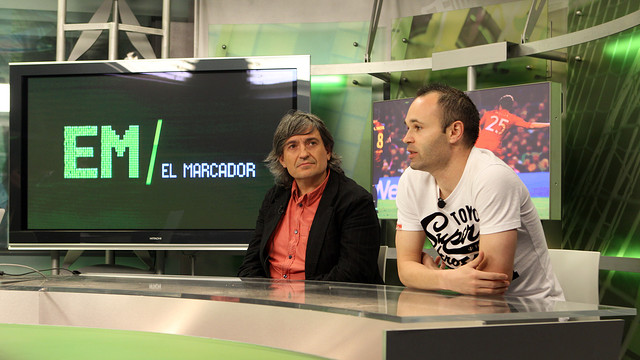 The midfielder has admitted that losing 3-0 at home and crashing out of Europe was a tough blow, but it “goes to show how difficult it is to win”

Andrés Iniesta believes that the 3-0 defeat to Bayern Munich was a lesson for the future. “We have to congratulate Bayern and learn from what happened, to make sure that things work out better for us in the future” he said on Wednesday night in an interview with ‘El Marcador’. He added that the result helps get some kind of perspective on the club’s success in recent years. “It goes to show how difficult it is to win” he said.

He also had no option but to concede that Bayern were the superior side. “Both the first and second legs were tough games. Because of the results and because of the feelings. Bayern are fair finalists. They are on great form right now and that showed on the pitch … We get the feeling that they were better than us. The truth hurts. It hurts to know that we simply weren’t up to the job. All of us are drained by what happened there and here, and once again we’ve narrowly missed out on the final.”

Back to the league

Iniesta also thanked the fans, who stuck behind the team despite the cruelty of the result, and sought to cheer them up by saying that “we have another game very soon. One thing doesn’t change the other. We are very close to winning the league. After such a tough blow, it’s sometimes hard to separate things. The other day I said that a season is not so bad if you win the league. I just hope we can win the title as soon as possible so we get back some feelings of happiness”.