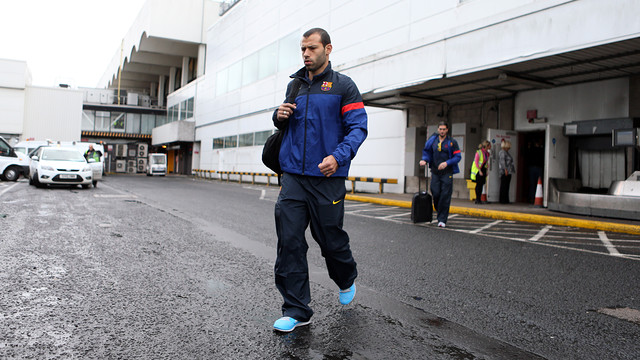 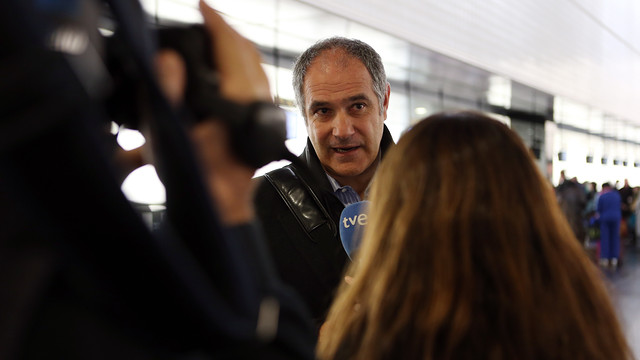 The Club’s Director of Football has warned : “it won’t be easy to win” in Glasgow and reminded fans that Celtic had only been beaten at the Camp Nou “with a last minute goal”

“We won with a last minute goal at the Camp Nou. It won’t be easy to win. Their fans get right behind them and their style of play is tough for us to deal with”

Andoni Zubizarreta spoke to the media just before flying off to Scotland this morning and he stressed the difficulties Tito Vilanova’s team face tomorrow night at Celtic Park: “we won with a last minute goal at the Camp Nou. It won’t be easy to win. Their fans get right behind them and their style of play is tough for us to deal with”.

Zubizarreta insisted that the team’s objective at this stage of the competition has to be to ensure they win their group as soon as possible: “we want to top our group to guarantee a good draw in the next round. We’ll try and do that as quickly as we can”.

“Zubi” also referred to the team’s record start to the domestic season: “it’s great, but we aren’t trying to get records at this stage of the season – what we want is to ensure we get to April still in the fight for titles”.

Asked about the Club’s attitude to their academy, Zubizarreta explained: “the difference is that we have a culture of playing them. Barça have a culture of grooming home grown players and then we are brave enough to play them. As a Club, that’s what we promote and it’s given us great results over recent years. We understand the game in our own way and with a particular type of player”. 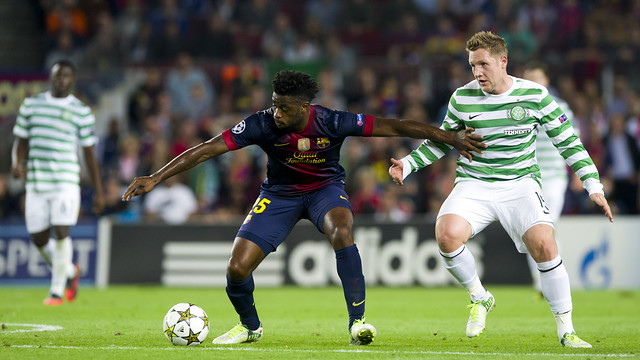 – Marc Bartra: “We will have to be at our best in Glasgow”

– Gerard Piqué in squad for Glasgow

– The only undefeated leader in the big European leagues 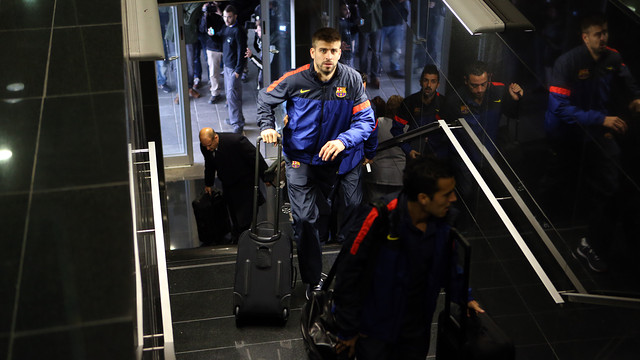 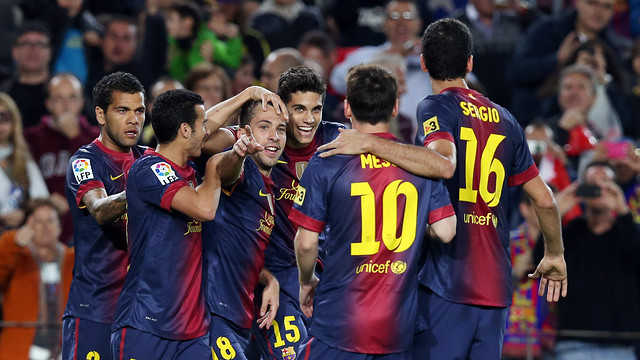 Only the Portuguese league’s Porto and Benfica remain undefeated, but both teams have drawn two of their eight league matches

The top European leagues haven’t produced a team that’s been able to keep pace with FC Barcelona. The leaders of the English, Italian, German and French leagues have all lost at least one match in league play this season. Tito Vilanova’s Barça, after breaking the record for the best start in the Liga in Club history this weekend, are the only league leaders to remain undefeated. So far this season, Barça have won nine matches and only conceded one draw, giving the Catalans 93% of all possible points. Bayern Munich, leaders of the Bundesliga, are the only other team in Europe that come close to this mark as they’ve won nine matches and lost one – Bayern’s only defeat came at the hands of Bayer Leverkusen last week.

The only two teams that remain undefeated are Porto and Benfica. However, both teams have drawn two of the eight played so far in the Portuguese league. In Holland, Twente lead the pack after winning nine matches, drawing one and losing one.

If we include the Champions League, the results are even more exclusive. FC Barcelona, Porto and Shakhtar, are the only three teams that haven’t lost a match in league of European play.