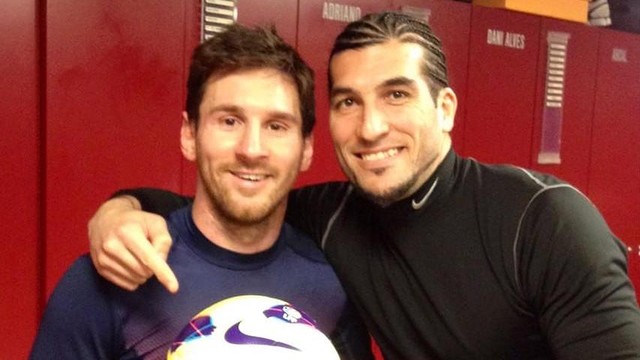 All details about Camp Nou’s match on Sunday January 27th 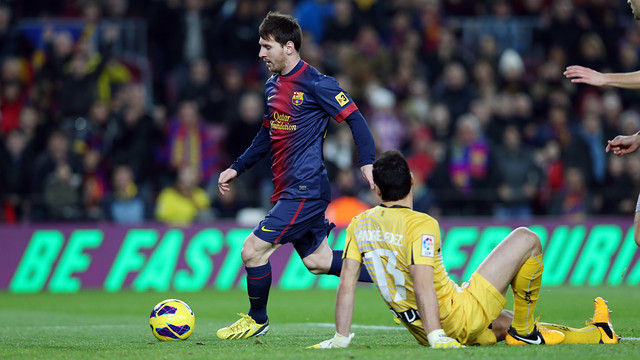 Four goals from Leo Messi and another from Pedro gave Barça a big win against Osasuna, who played with 10 men from the 26th minute.

Four brilliant goals from the ever brilliant World Number One led Barça to a convincing 5-1 win over Osasuna and put to bed any doubts after last week’s defeat to Real Sociedad. With their Cup progress secured by the quarter final win over Malaga, Barça turned their attention back to the league, where they continue to chalk up the wins. This time it was against a side who were badly hit by a penalty and the subsequent sending off on 26 minutes with the scores level at 1-1. Such was Barça’s superiority that they were able to give a rest to some of their players ahead of next week’s tough schedule.

Jordi Roure rotated his squad, but Barça were soon on top, with Osasuna bravely offering space in attack, which Xavi and Thiago looked to exploit from the midfield. Thiago created the first chance, but it was Xavi who set up the opener on 10 minutes with a pass to Messi. The Argentinean did the rest, sending the keeper the wrong way and slotting the ball home.

Penalty and sending off sentence Osasuna

Barça were looking strong and Loé’s equaliser on 23 minutes, with a well-placed shot from the edge of the box, didn’t really look like troubling them too much. Sure enough, less than five minutes later, they were in front after Arribas handled in the box for his second yellow and Messi gratefully strode up and put away the resulting penalty. It’s hard enough to beat Barça with 11 men, with 10 it looked like the Basques were in for a long hard night. Messi nearly got his hat trick on 37 minutes, when only the woodwork kept out his excellent header, but it seemed just a matter of time before the fans would be cheering more goals.

Pedro duly got the third on 40 minutes, latching onto a cross from Alves and Osasuna boss Mendilibar, who was sent to the stands for protesting in the first half, had to rejig his 10 men at the break if they were to avoid a real hiding, making a double substitution and bringing on Puñal and Masoud. However, there’s really no way to outwit a player like Messi, who got two more quick fire goals – after good work from Villa – just before the hour mark.

Big names given a rest

With the game won, Jordi Roura took the opportunity to bring off Pedro, Xavi and Busquets with one eye on this week’s busy schedule and with Barça calmly keeping a firm grip on the game, the lively Alexis came close to making it a half dozen and breaking his recent goal drought, as did David Villa, generous and active throughout, who was only denied in the closing seconds by a great stop from the Osasuna keeper Andrés. 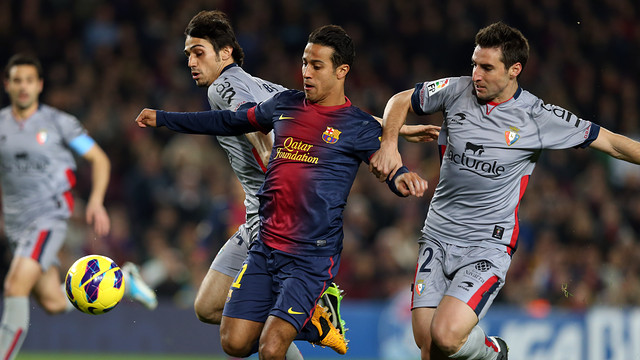 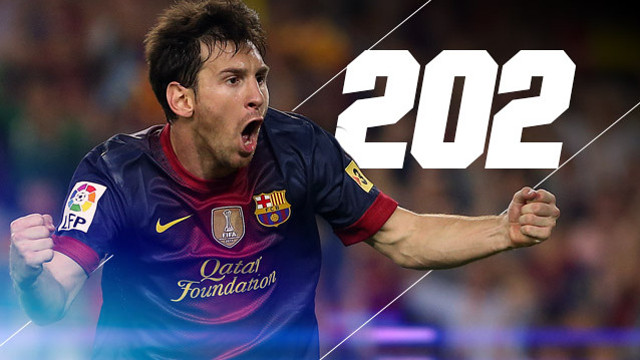 Leo Messi, who netted four goals against Osasuna, set a new personal best this Sunday evening when he broke the 200-goal barrier in La Liga

So far, the Argentine has scored an incredible 33 goals in the competition this season

Messi has scored 202 goals in 235 Liga matches. His goalscoring average stands at 0,85 goals per match

This Sunday, in Week 21 of La Liga, Leo Messi broke the 200-goal barrier in the domestic competition.

The Argentine’s most recent victim was Osasuna, more specifically, Osasuna’s keeper Andrés Fernández who collected the ball from the back of his net five times this evening. Overall, Leo Messi has scored 202 goals in his 235 La Liga matches, his goalscoring average is 0,85 goals per match.

Since the 2004/05 season, where Messi played seven La Liga matches, the Argentine hasn’t stopped putting in incredible performances. In his debut season for Barça he only scored one goal, but he showed that he had a lot of talent for the sport.

In the 2009/10 and 2010/11 seasons he scored 34 and 31 goals in 35 and 33 matches, respectively. At that time his numbers seemed surreal. Last season he scored a record-breaking 50 goals, a record that he could break this season, seeing that he’s already netted 33 times in La Liga. 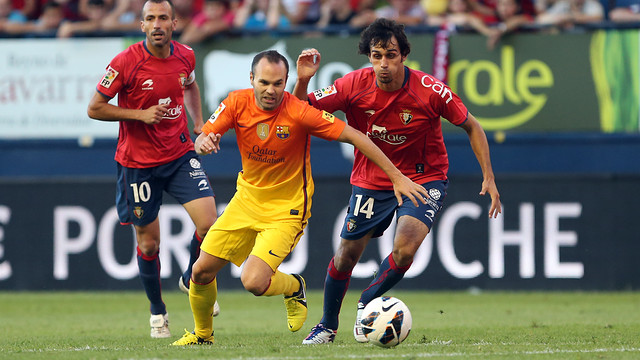 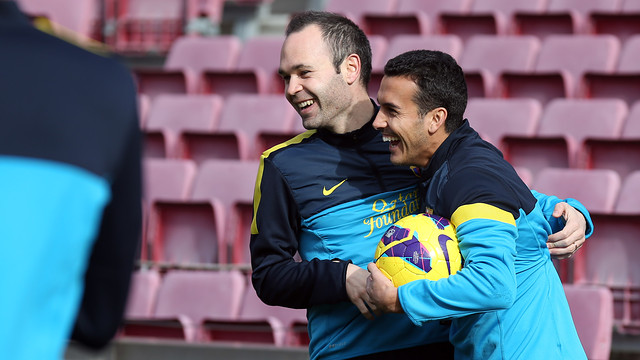