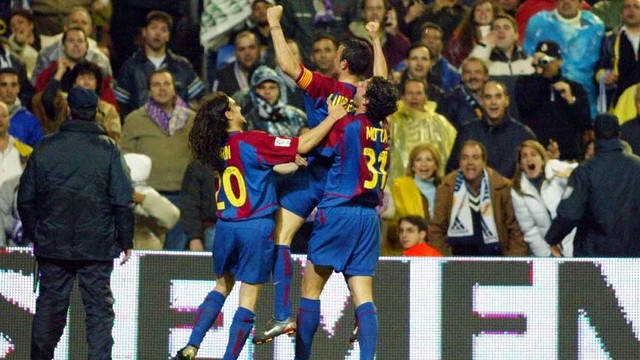 Enjoy all details and goals of the Spanish Cup Clásico

Xavi Hernández is the best playmaker FC Barcelona’s history. He made his debut for the first team 15 years ago and since then he’s become the player that has featured for Barça the most in official matches and he’s the Barça player with the most titles. Here’s a look back at 10 key moments in Xavi’s career:

August 18, 1998: The Catalan midfielder makes his debut for the first team in the Spanish Super Cup away leg against Mallorca. Louis van Gaal gave Xavi his start, and the midfielder didn’t disappoint. In fact, he scored the only goal for Barça in that game. The Blaugrana, however, lost 2-1.

December 20, 1998: Xavi scores a header against Valladolid and earns the three points for Barça. From there, the team fights back in La Liga to win the title on the Club’s 100th anniversary.

April 25, 2004: Xavi scores a sublime goal away to Real Madrid after a brilliant Ronaldinho assist. Barça close out the second half of the season on form and finish second, ahead of Los Blancos. 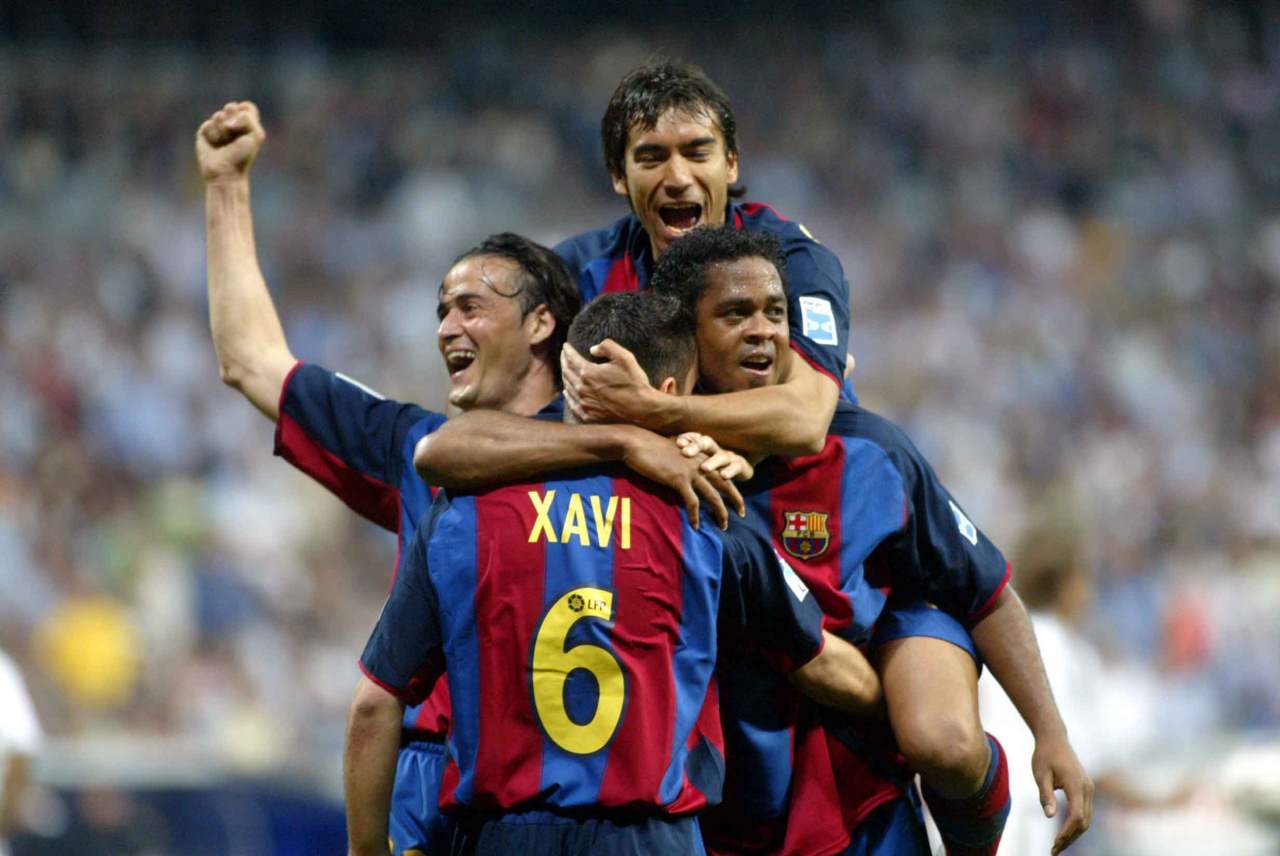 May 14, 2005: Barça, with Xavi commanding the tempo of the game, win La Liga after a six-year league title drought.

September 19, 2007: Xavi equals Migueli as the Barça player with the most games in the Champions League (85) after the FC Barcelona and Olympique Lyon match. He broke the record a week later.

May 27, 2009: Xavi is named the best player of the Champions League final which Barça won in the Olympic Stadium of Rome against Manchester United. He was also named the best midfielder of the tournament. 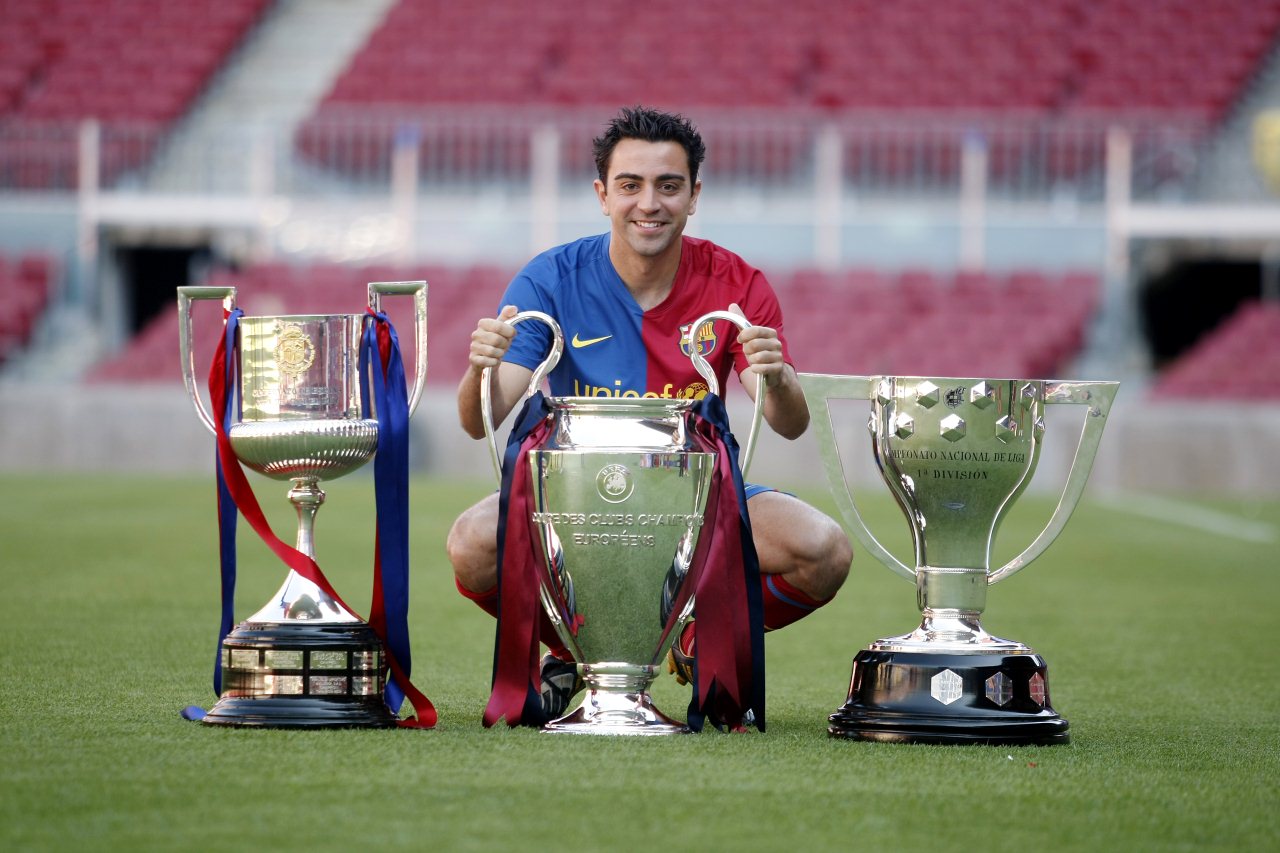 December 1, 2009: Xavi finishes third in the Ballon d’Or, Messi finishes first. That same month, the Blaugrana go on to claim their sixth consecutive title of the year  – the team would be known as the  ‘Barça de las 6 Copas.’

November 29, 2010: Xavi scores the first of Barça’s five goals against Real Madrid at the Camp Nou. The midfielder beat Casillas with a chip shot after a through ball from Iniesta.

January 5, 2011: Xavi plays his 550th match for the first team and becomes the player with the most official matches for the Club ahead of Migueli. 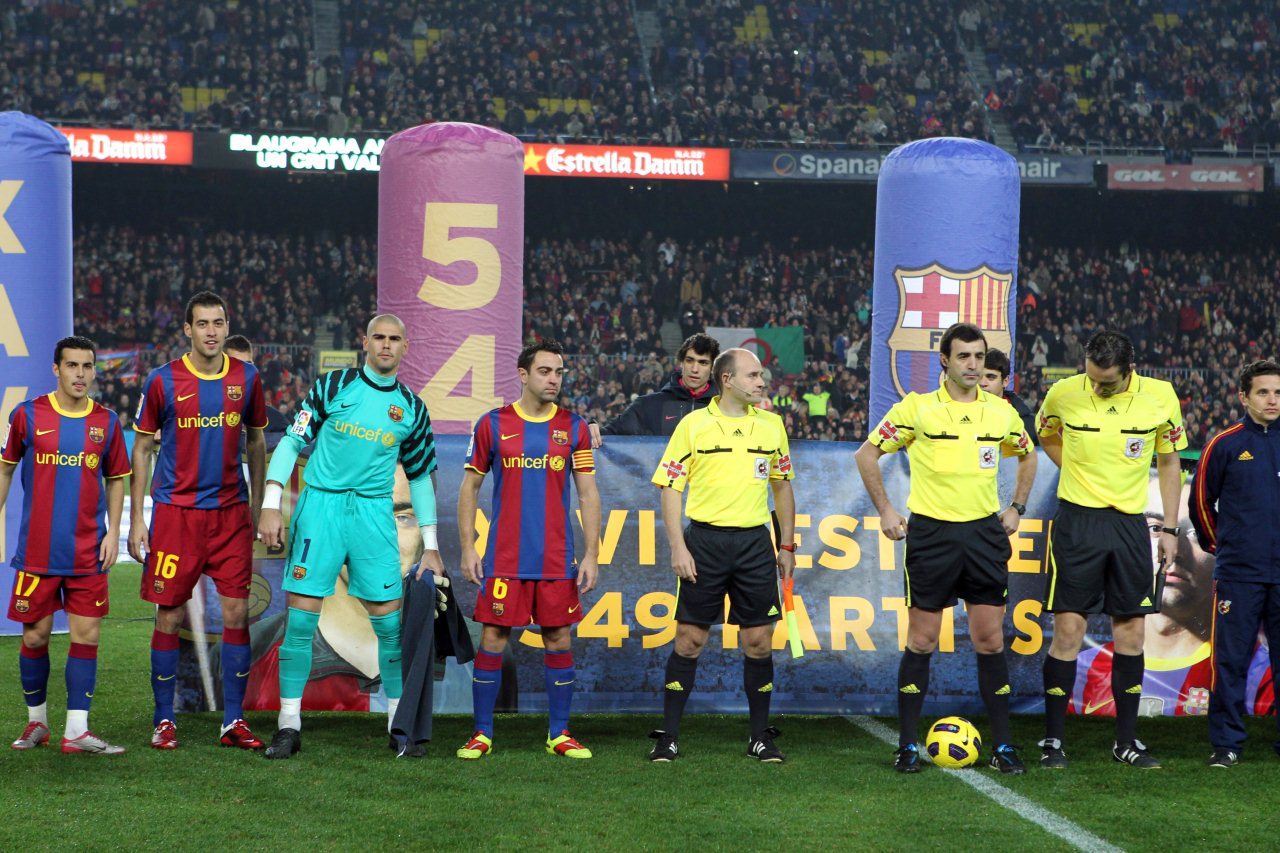 May 28, 2011: He lifts his third Champions League title, after Barça defeated Manchester United in Wembley. 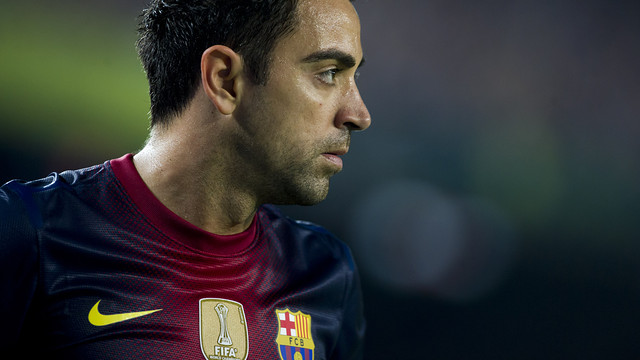 The Best Images of the Catalan Midfielder in FC Barcelona

– Xavi: A specialist on the road 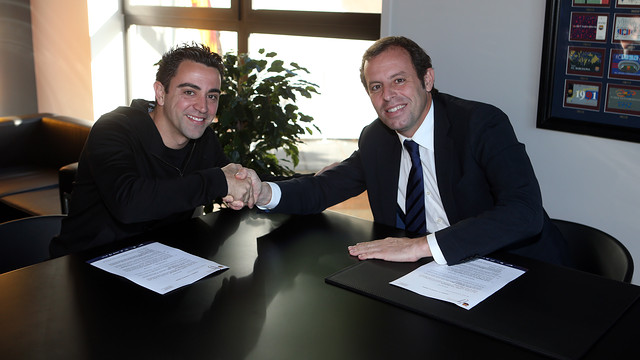 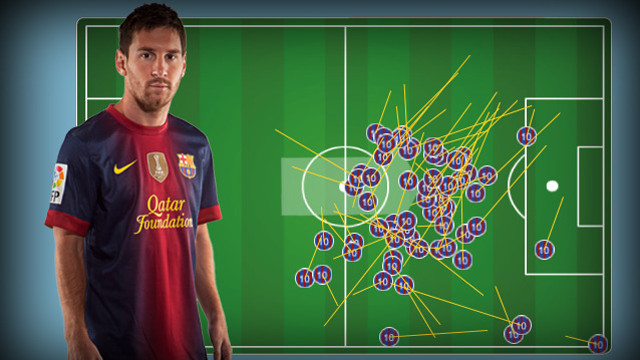 The last time Villa played a full 90 minutes in a league game was against Rayo at the Camp Nou on November 29th 2011. This season he had previously played 90 minutes against Benfica in the Champions League and Cordoba in the Spanish Cup.

–Thiago’s last full 90 minutes in the league was against Espanyol(4-0) in week 37 of last year’s campaign.

-Against Osasuna, Thiago made the most successful passes of any player on the pitch – 119 from an attempted 130.

-In their last two visits to the Camp Nou, Osasuna have conceded 13 goals – 8-0 last season and now 5-1 this time around.

–Busquets was the player who recovered most possession – 14 times – even though he was subbed on 75 minutes.

–Busquets also made most clearances for the team, 20, two more than Puyol, with 18.

–Messi has now scored in each of his last 11 league games – what price on him not extending that record in Valencia on Sunday?

–Pedro is also on a good run of scoring, having got on the scoresheet in each of his last three league games – against Real Sociedad (3-2), Malaga (2-4) and Osasuna (5-1), something he’d not managed since January 2011.

-Below is a diagram of all Messi’s 80 passes against Osasuna – 63 of which were successful.