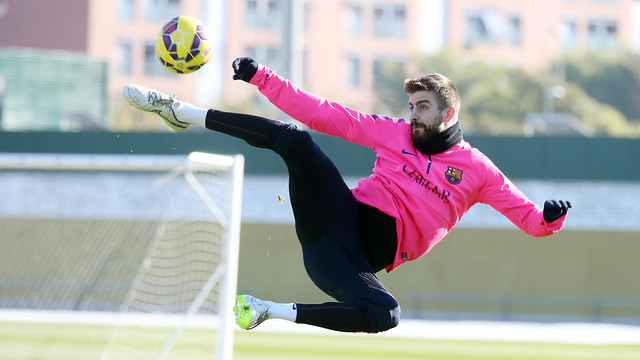 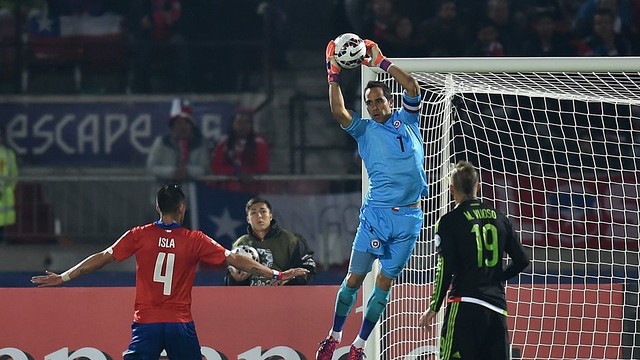 Chile missed out on to the opportunity to become the first team to make it through to the last eight of the Copa América following an exhilarating 3-3 draw against Mexico in Group A. Arturo Vidal scored twice and Vargas claimed the other but it was not enough for victory for the side captained by blaugrana Claudio Bravo. Mexico took the lead twice in the first half through Vuoso and Raúl Jiménez and then Vuoso scored again in the second to level things up at 3-3. Mexico proved they are not simply in South America to make up the numbers and still have a chance of making it to the knock out stage with their final group game still to come against Ecuador. Chile face Bolivia in their last fixture in the opening phase.

Following on from their win against Ecuador last Thursday, host nation Chile knew that a win against Mexico would see them become the first team to book their place in the Copa América quarter-finals. Their opponents, one of two sides invited to take part in the tournament alongside Jamaica, also harboured hopes of making it through to the last eight after a goalless draw in their opening game against Bolivia. Mexico had to deal with the absence of 36 year old ex-Barça man Rafa Márquez, who was ruled out due to an injury picked up in his side’s first game of the group phase. A packed National Stadium in Santiago witnessed a cagey opening quarter of an hour in which Mexico managed to nullify the threat posed by players of the quality of former blaugrana Alexis Sánchez and Juventus midfielder Arturo Vidal.

First half flurry of goals

The contest burst into life in spectacular fashion on 21 minutes. Chile lost the ball in midfield and were made to pay, a cross to the far post saw Medina square the ball for Vuoso to poke the ball past Claudio Bravo and give Mexico a surprise lead. It lasted just a minute, Vidal powerfully heading home Aránguiz‘s corner for his second goal in the competition to bring Chile level. The Central Americans had come to the tournament with a weakened squad, their focus is on the upcoming Gold Cup, but they refused to be cowed and on 29 minutes they were back in front. Barça keeper and Chile captain had saved brilliantly from Flores, turning his powerful header on to the crossbar. However, from the resultant corner, Atlético Madrid striker Jiménez looped an impressive header over the Zamora trophy winner to give his side a 2-1 lead. The goals just kept coming, helped by some poor defending by both sides with Vargas making the score 2-2 at half time with another well placed header from a precise Vidal cross.

The restart saw Bravo straight into the action, saving smartly from Jiménez as Mexico came out confidently following their opening half performance. However. they fell behind for the first time in the contest when Vidal scored his second from the penalty sport after he himself had been felled in the area by Flores. The hosts appeared to be heading for victory, Valdivia unlucky not to make it 4-2 when his goal was ruled out for offside. Mexico had other ideas though and Alderete‘s long ball over the top caught the Chile defence ball watching and the Argentine born striker beat the onrushing Bravo to level things up at 3-3. Alexis had the ball in the back of the net with 10 minutes to go but the Arsenal man’s effort was ruled out once more for offside. Chile will now have to wait until Friday’s game against Bolivia (8.30pm local time) to secure their place in the quarter-finals. 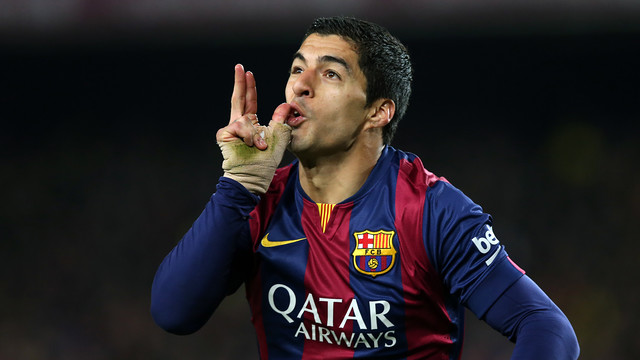 In his first season with FC Barcelona, Luis Suárez has been quick to adapt to the club and the unique way that the team plays. And this has been reflected both by some sublime football and some very impressive stats.

43 appearances: He made his debut on 25 October 2014 against Real Madrid and went on to play 27 times in La Liga, 10 in the Champions League and 6 in the Spanish Cup.

23 goals inside the area: It’s over the last few meters that the Uruguayan has been most lethal, for all but two of his goals have been scored from inside the penalty box. He’s scored 18 with his right foot, 6 with his left and one goal with his head.

128 shots: The breakdown of his goal attempts is as follows: 75 in La Liga, 38 in the Champions League and 15 in the Spanish Cup). 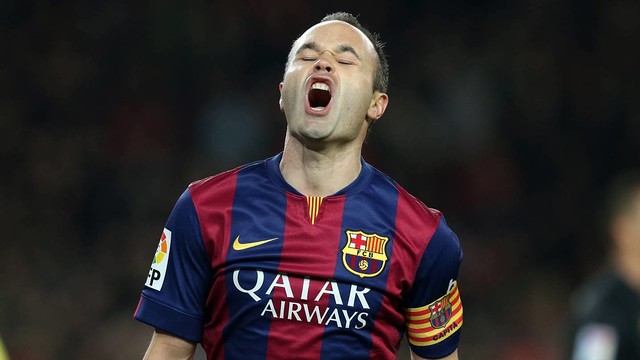 Andrés Iniesta in pictures: this season’s best images of the FC Barcelona midfielder

Andrés Iniesta in pictures: this season’s best images of the FC Barcelona midfielder 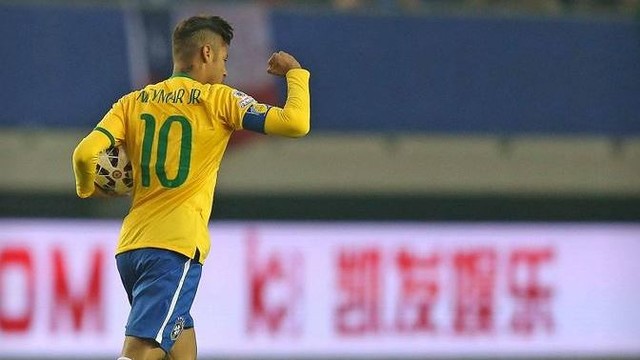 The Brazilian striker Neymar just keeps putting up gaudy numbers, day after day, game after game. And the Barça player, now starring at the 2015 Copa América in Chile, was decisive once again, scoring the tying goal in minute four and setting up the game winner in injury time in Brazil’s 2–1 victory over Peru in their tournament opener.

The early goal gave him his 44th with the Little Canary, bringing him ever closer to the figures put up by former FC Barcelona striker Romario, currently the fourth highest scorer in the history of Brazil with 56 goals. First, of course, is Pelé (95 goals), followed by Ronaldo (67) and Zico (66).

The most striking thing about Neymar’s numbers is the speed with which he has achieved them. Having played in just 62 games and still only 23 years old, Neymar already occupies a privileged place among the greatest goal scorers his country has ever had. Already behind him are renowned footballers like Jairzinho or Rivellino, world champions in 1970, as well as Bebeto and ex-Barça stars Rivaldo and Ronaldinho.