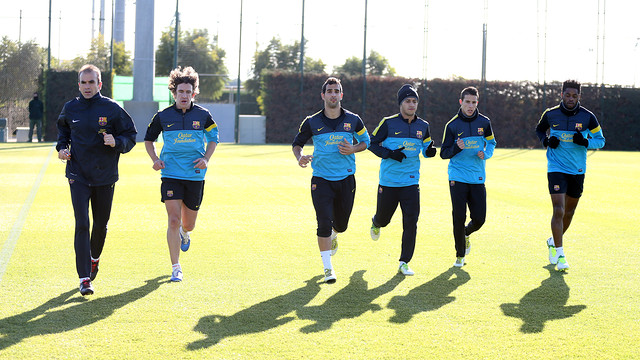 Alexis, Bartra and Dani Alves rejoined the first team squad, while Tello and Espinosa trained with them too

Just hours after the final Champions League group match, the 0-0 draw with Benfica, the Barça players were back at the Ciutat Esportiva for training. Leo Messi, injured the evening before, worked out in the gym while the players that started against the Portuguese outfit went through the usual recovery routine.

Andrés Iniesta and Jordi Alba both trained normally with the squad for the first time this week (on Monday and Tuesday they stayed in the gym). They were also joined by Alexis, Bartra and Dani Alves, who are all in the final stages of recovery from their respective injuries. Éric Abidal also appeared on the field. The session also featured Barça B’s Tello and Espinosa, but the other reserve team players that appeared last night against Benfica returned to the orders of Eusebio Sacristán, with a big match against Elche to prepare for.

The Barça squad will have a day off on Friday and on Saturday morning will train at Sant Joan Despí in preparation for the trip to Betis. 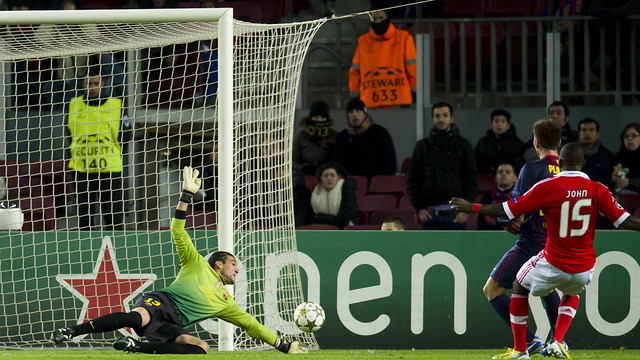 Barça v Benfica, the final Champions League group game, was the first of the FCB’s 2012/13 season that ended as it started

– Until the 0-0 draw on Tuesday, Barça had scored at least once in all 14 Liga matches, and also in 5 UCL games, 2 in the Copa and also both legs of the Spanish Supercup.

– The Alcántara brothers, Thiago and Rafinha, played together almost one year after they did so for the first time, on December 6, 2012 in another Champions League against Bate Borisov (4-0).

– Carles Planas made his Champions League debut a week after his first ever game for the first team against Alavés.

– Four of the six Barça B players team picked by Vilanova started against Benfica: Tello, Planas, Rafinha and Sergi Roberto.

– Although he didn’t feature last night, Xavi Hernández was still far and away the best passer of the ball in the group stages. With 663 good passes, his tally was a staggering 259 greater than that of second placed Niklas Moisander (Ajax).

-Maxi Pereira recovered the most balls (12).

– David Villa, with four, had the most shots on target. 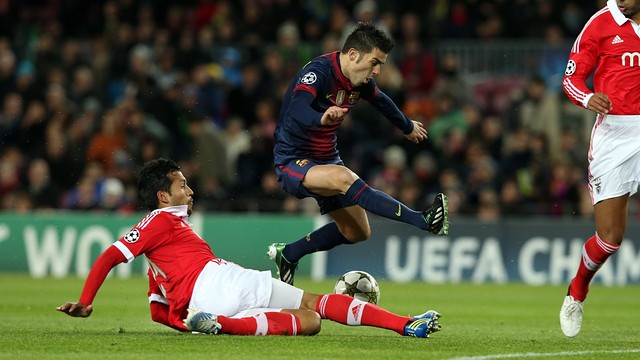 Review all details about last game against Benfica

– Vilanova: “If I had a do-over I’d make the same decision”

– Carles Puyol: “Now we have to focus on the Cup and the Liga”

– Porto, Arsenal, Milan, Shakhtar and Galatasaray, possible rivals in the next round of the Champions League 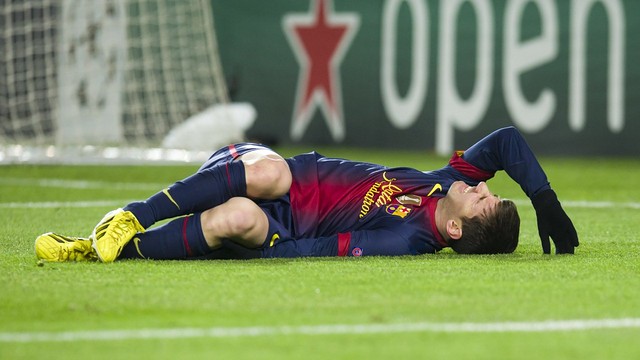 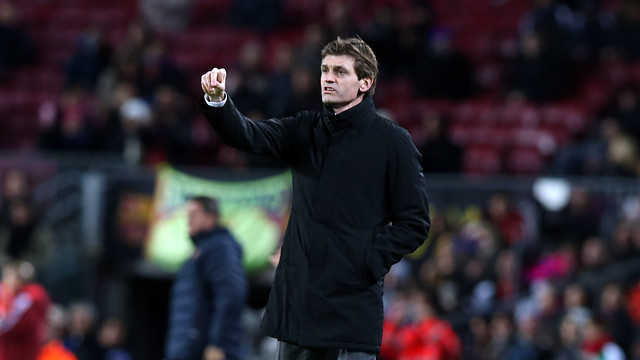 The Barça manager doesn’t lament his decision to send in Messi against Benfica: “Playing 30 minutes against Benfica is part of his physical conditioning”

On Barça’s rival in the next round of the competition, Vilanova said: “I have no preference. Whoever we play against will be a big team. The round of 16 is always complicated”

Tito Vilanova defended Catalonia’s immersive linguistic model. “We have to open up, the more languages we speak the better. I certainly hope we don’t go back 30 years.”

Tito Vilanova explained Leo Messi’s mood after he was carted off the pitch this Wednesday night. “He was at ease but a little nervous because he wasn’t sure how bad the injury was.” The manager, who expects to know the extent of the injury shortly, said, “it looks like it’s just a knock but they are currently doing more tests to rule out other possibilities.”

Vilanova also noted that he doesn’t regret sending in Messi against Benfica. “We talked about the possibility of him playing for 30 minutes. He’s a player that likes to play … he’s not focused on breaking the record that everyone is talking about, if that were the case he would have played against Alavés and the full 90 minutes tonight. Playing is part of his physical training.” He added: “We should sub him out every time we’re leading 3-0 lest he picks up an injury. We’ve never behaved this way. If I had a do-over I’d make the same decision seeing that he can get injured at any moment.”

The rivals in the round of 16

Porto, Arsenal, Milan, Shakhtar and Galatasaray are Barça’s possible rivals in the next round of the Champions League. Vilanova admitted that he has “no preference. Whoever we play against will be a big team. The round of 16 is always complicated.” He added: “We did what we had to do, we wanted to finish first and have that small advantage of playing the return leg at home.”