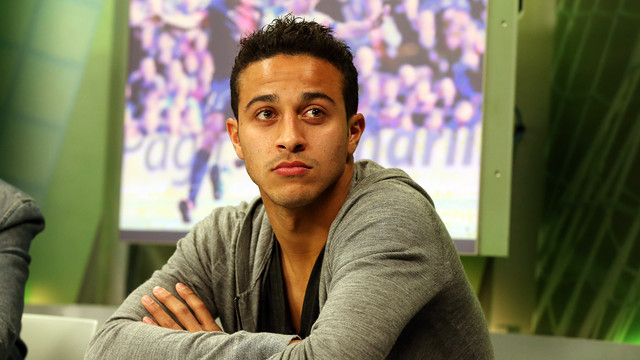 The midfielder was the guest on El Marcador on Barça TV after the 6-1 win over Getafe, and made it clear that the players are happy to play at any time

The older Alcántara brother also spoke about how much he enjoys playing alongside Iniesta, who was so outstanding on Sunday

Barça now have an unusually tranquil week ahead of them, with no midweek fixture to contend with. That means they’ll two days off before returning to work on Wednesday. But this is just the quiet before the storm, for the month ahead included the return of the Champions League and AC Milan, plus the second leg of the cup semi final with Real Madrid. Given what there is to come, Thiago said that “I’m glad we have no game this week because it gives us the chance to get some rest before some big matches”.

Thiago Alcántara was the guest on El Marcador on Barça TV after the 6-1 win over Getafe, the first FCB game to be played at the new Sunday lunchtime spot. It ended 6-1 and the midfielder said afterwards that “we are well adapted to that time because it’s when we normally train … If we have to play at 12 again, we’ll do so with pleasure. We are happy to play at any time”.

The early start certainly didn’t keep the fans away Camp Nou. In fact, 85,610 was the third biggest attendance of the season, with very distinct family flavour. “It was the perfect atmosphere” said Thiago.

With Xavi Hernández out through injury, Thiago started against Getafe and did a good job. On a personal note, the older of the two brothers said “I happy with the chances I’m getting, and think I’m performing well … I’m enjoying watching my team mates, but obviously what I really want is to get as many minutes as I can. But I think the time is being shared out very well”.

The Hispano-Brazilian couldn’t avoid mentioning his team-mate Andrés Iniesta, who was a prime candidate for man of the match against Getafe. Said Thiago “it is a pleasure to watch and play with Iniesta. It’s a privilege to see him on the field and I’m trying to learn as much as I can from him as possible”. 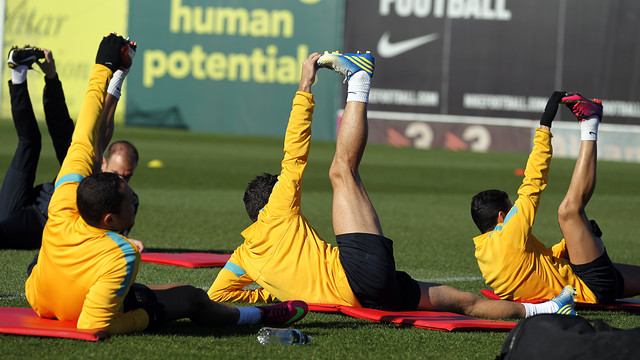 The Blaugrana will prepare for the match in Andalusia on Wednesday, Thursday and Friday, they will have Monday and Tuesday off

This week is marked by the Liga match away to Granada at Los Cármenes. The team will train on Wednesday, Thursday and Friday at 11.00 at the Ciutat Esportiva Joan Gamper.

The leaders of the league will close out the week on Saturday at 20.00 with the match in Andalusia. The team will have the day off on Sunday, and start to prepare for the away leg of the Champions League knock out stage away to AC Milan.

11.00 – Training session at the Ciutat Esportiva Joan Gamper (first 15 minutes are open to the press) 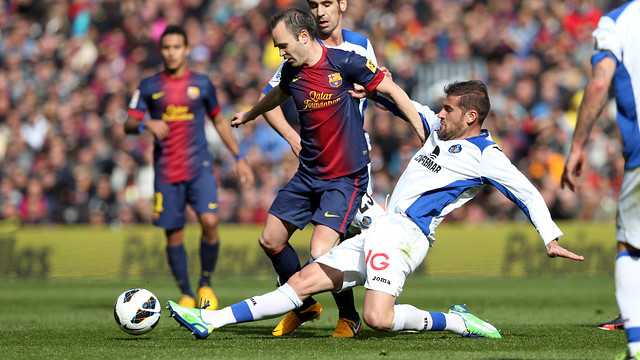 Cristian Tello, who was subbed on in the second half, said, “it was a fantastic game, I’m very pleased that I was able to participate”

Training session on Wednesday at 11.00

Barça’s senior side will take to the pitch on Wednesday at 11.00 at the Ciutat Esportiva Joan Gamper. The first 15 minutes of the training session will be open to the press. However, there will not be a post-training press conference.

Andrés Iniesta served up the first goal to Alexis with a magnificent pass, and later, he scored the 5-1. When asked about his contribution to Barça’s thumping 6-1 victory against Getafe, Iniesta said that “it’s good that we all contributed, but in the end the best thing is that the team won and that we played well.” On the brilliant form he’s been on in recent weeks, the midfielder explained that “there are seasons that I’ve played almost every match, I try to stay at the same level and I try to improve.”

Happy with the kick off time

For the first time this season Barça featured in a midday match. The Camp Nou faithful flocked to the stadium – 85,610 of them – and the players didn’t disappoint. Iniesta declared that it was “a great morning for football, it was spectacular.”

Iniesta’s fantastic performance was capped off by goal, but after the match the midfielder noted that “my happiness isn’t dependent on if I score or not; rather, it’s knowing that I did a good job.” Finally, the third best player in the world talked about the goal Barça conceded in the second half: “conceding a goal shouldn’t worry us. Our opponents also play, they create their chances and they can score.”

Tello finds the back of the net

Crisitan Tello only needed a few minutes to leave his mark on this afternoon’s match. The Catalan forward noted, “it was a great game, I’m very pleased that I got to participate and that I was able to score.” When asked to rate his performance, Tello said, “I work hard in order to improve and I try to do as much as possible when I play. I scored with my first shot and I’m happy.”

Tello also talked about this afternoon’s unusual kick off time, “we’re used to playing at night, but personally I really liked playing at noon.” In addition, he said, “the team wasn’t affected by the schedule,” and he noted “many of us have played at noon when we were playing for the youth teams.”

“We felt great on the pitch, a lot of people were able to make it to the stadium and the atmosphere was fantastic.”

“It wouldn’t be an inconvenience if we had to play at the same time in the future.”

“We have a very complete team. A few players that don’t usually enjoy a lot of minutes [on the pitch] got to play today and they proved that they are at a good level. This gives us tranquility.”

“We’re lucky that we get to enjoy Andrés (Iniesta), and we have to take advantage of the fact that he plays for Barça.” 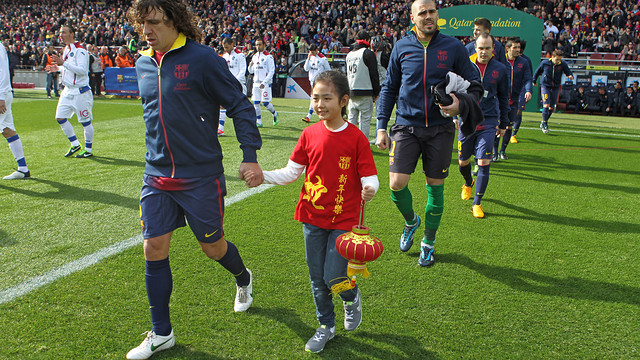 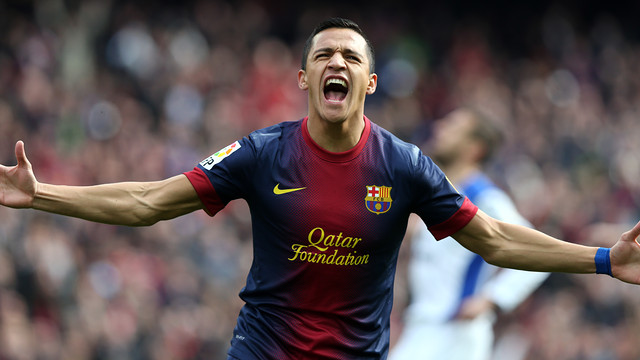