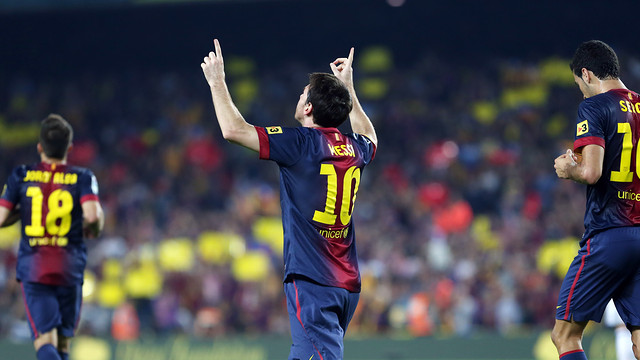 On this week’s RoungUp we learned that figuring out the best Barça team of all time might be tougher than we originally thought, what the FC Barcelona Women’s Team have been up to off the pitch, and the challenges that Tito Vilanova faces as the senior team’s manager

“The hardest part of choosing an all-time best XI for Barcelona is figuring out who to leave off,” writes Grant Wahl for Sports Illustrated. The SI senior writer set off on the enviable -and extremely difficult- task of figuring out Barça’s best team of all time. For some it might be incomprehensible that Mr. Wahl’s line-up doesn’t include the likes of “Diego Maradona, Ronaldo, Rivaldo, Romário, Luís Figo, Michael Laudrup, Samuel Eto’o, Luis Enrique, Thierry Henry or Hristo Stoitchkov.” But he makes the valid point that “you can only put 11 players on the field, and it’s a measure of the remarkable players Barcelona has had over the years that those guys wouldn’t make this list.” You can check out Mr. Wahl’s all-time best XI here.

“I had the privilege of being in Ghana when the kids turned on their e-readers and saw personal messages from global soccer legends, like Messi, saying, ‘To Rita from Messi: Champions Read.’  The excitement was thick in the classroom — as if Messi had somehow entered the room and made eye contact with each kid. A wide-eyed, 14-year-old girl named Deborah asked me, ‘Does Messi know who I am?’  ‘Yes,’ I told her,” says Worldreader’s Susan Moody. That happened  in May of this year.

Fast forward six months and it brings us to today: “We spoke to FC Barcelona about their awesome women’s team, who won the national championship in 2012. Reading about the players is impressive. It’s clear they are an incredible group of women and are wonderful role models for younger generations.

“So, we’re thrilled today to share with you some great news. Last week, we pushed images of the Barça women’s team onto our kids’ Kindles. The reaction was amazing, just like it was in May. Girls and boys alike were stunned that there was a female team. We’re so happy that our girls are seeing messages like Education+Girls= MOTIVATION!”

Read the rest of Susan Moody’s report here, and find out about FC Barcelona’s relationship with Worldreader here.

Vilanova, Guardiola and the Clásico

In his BBC Sport piece, Andy West takes takes a look at Tito Vilanova and the challenges the manager faces after his elevation to the helm of the senior side. Mr. West notes that “Vilanova is polite, diplomatic and always steers well clear of controversy.

“He is certainly not lacking passion, though – that much was evident from his fist-pumping celebration when David Villa netted a stoppage-time winner at Sevilla last weekend.” But “Although Barca’s winning run means we have not yet seen how Vilanova will respond to adversity, his confident demeanour and calm authority suggest he will have no problem in rising to the challenge when that time comes.”

You can read the complete article here. 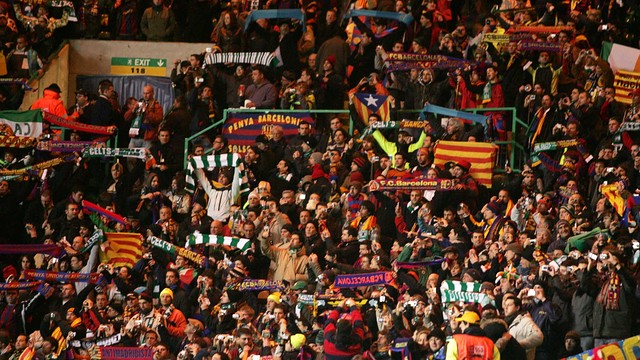 The petition process for tickets to the Champions League game between Celtic FC and FC Barcelona closed this Thursday at 19.00. All 352 FC Barcelona members that applied for a ticket will be able to watch the game live at Celtic Park.

There will be no need to hold a draw on October 16 seeing that demand did not surpass the Club’s supply of 1,836 tickets reserved for Barça members. Tickets cost 57 euros. According to Celtic, some of the seats have a limited view of the pitch.

It’s worth noting that, starting this season, tickets for Champions League group stage matches away from the Camp Nou can only be purchased on the Club’s website. 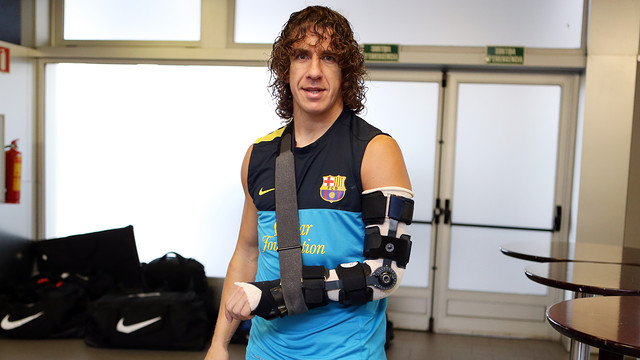 As from Thursday, and for the next few weeks, Puyol will be wearing an articulated splint, allowing him to flex and extend his arm

Carles Puyol exchanged a plaster cast for an articulated splint today and will now have greater mobility in his arm. He’ll use the splint for the next few weeks. Puyol dislocated his left elbow during the match against Benfica 9 days ago while jumping to defend a corner kick in the second half. He’ll be out of action for 8 weeks. 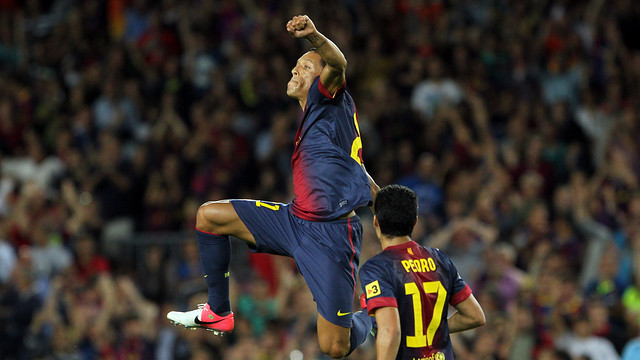 Signed in order to strengthen the squad on the left-hand side of the pitch (left back, left midfield and left wing), Adriano Correia has shown his versatility by occupying three more positions since he joined Barça in the summer of 2010: right back, right wing and central defender. Against Real Madrid last Sunday he played in the heart of the Barça defence for the first time and acquitted himself very well. Two-footed and with pace

Adriano’s versatility was one of the reasons that led to him coming to the Club in the summer of 2010, Sandro Rosell’s first signing as Club president. He’s comfortable with both feet and it was already known that he was able play at left back, left midfield and left wing as well as at right back. He was used on a number of occasions at right back by Josep Guardiola.

But his appearance in the heart of the defence against Real Madrid, where he paired up with Mascherano, was a complete surprise. Tito explained that his pace was vital to stop Benzema, Di María and Ronaldo. The best of all is that he has consistently performed at a high standard.

His versatility is reminiscent of two players from a few years ago; Gabri and Luis Enrique. Gabri played on both sides of the pitch in defence and midfield while Luis Enrique ended up playing in just about every position on the pitch, only missing out on central defence and the goal.

Adriano is not the only player to have filled in at centre back over the past few years. Since Guardiola became manager, four players have been reconverted into central defenders for the first time in their playing careers. Touré Yaya, Mascherano, Busquets and Abidal all followed the same path as Adriano on Sunday. And they’ve all met the challenge magnificently. 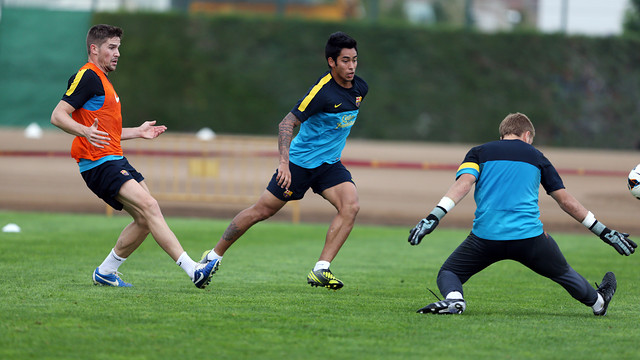 Fontàs and Dos Santos have continued training with the Barça B squad, while Pinto has been working out in the gym

The first team had their final training session of the week on Thursday, a week marked by the absence of so many players on international duty. The Barça coaches have only been able to work with José Manuel Pinto, Andreu Fontàs and Jonathan dos Santos in the three sessions carried out this week. They are the only three players from the first team not called away by their national teams.

As on the previous two days, Fontàs and Dos Santos exercised alongside the players from Barça B, who are preparing for their match against Sporting Gijon on Saturday. Pinto continued with his specific programme in the gym, where he joined some of his injured teammates.

The first team will now take a break until Tuesday. Next week, Barça will gradually welcome back the internationals.