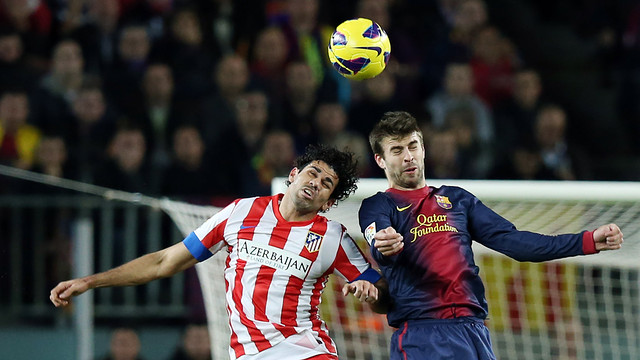 Atletico Madrid closed the gap on Barça by two points this weekend – they are now nine adrift- whilst Real Madrid dropped further behind with defeat at Granada.

Malaga, Betis and Rayo all lost to make Valencia’s point at the Mestalla even more valuable as Valverde’s team continue their push for a European spot.

Atletico Madrid held onto their 100% home record with a 1-0 win over Betis to make up some ground on Barça at the Vicente Calderon on Sunday. Ramon Falcao was back in the starting line-up, but it was Diego Costa who got the goal for Atletico after coming on in the second half and with Simeone’s side now 15 points clear of fifth place Betis, they look a pretty safe bet for Champions League football next season. Real Madrid lost their fifth game of the season when a Cristiano Ronaldo own goal gave Granada an unexpected 1-0 win and three invaluable points, causing Mourinho to explain: “the first half was horrible”, whilst debutant Granada coach Lucas Alcaraz insisted: “I was the only voice during the week saying we could win, so it wasn’t as much of a surprise for me. The win is down to the players and their attitude, hard work and effort”.

Granada’s win – only their third at home this season -takes them up to 16th on 23 points, two ahead of Osasuna, who won their six-pointer against Celta 1-0, and one behind Zaragoza, who did well to hold Malaga to a 1-1 draw at La Rosaleda despite the reappearance of Julio Baptista for Pellegrini’s side after a 16 month injury lay off. Osasuna’s win sent Celta into the relegation zone on 20 points, three ahead of Mallorca who were heavily beaten in Donosti by Real Sociedad, with Deportivo staying bottom on 16 after their 3-1 defeat in Getafe.

Real on the up

Real Sociedad’s 3-0 victory takes them up to eighth on 33 points -just three off Malaga in fourth – and came via second half strikes from Castro, Vela and Ifran. Apart from Atletico Madrid, the Basques were the only other side in the top half to win this weekend, with Rayo going down 2-1 to Emery’s resurgent Seville who climb to 11th ahead of their next two trips to the Bernabeu and the Camp Nou, and Levante losing 3-2 at Espanyol, where Sergio Garcia got the Catalans’ winning goal. 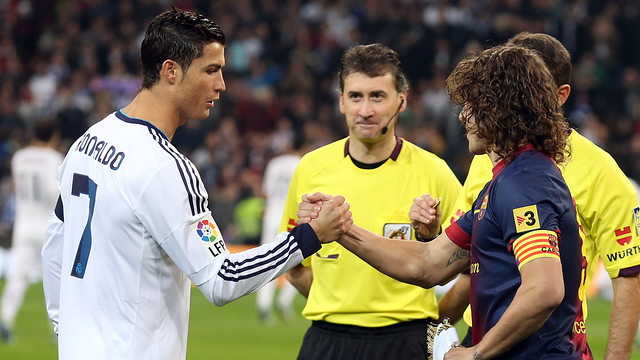 The game, which will determine the first finalist, will be played the same week as the Classic League at the Bernabeu 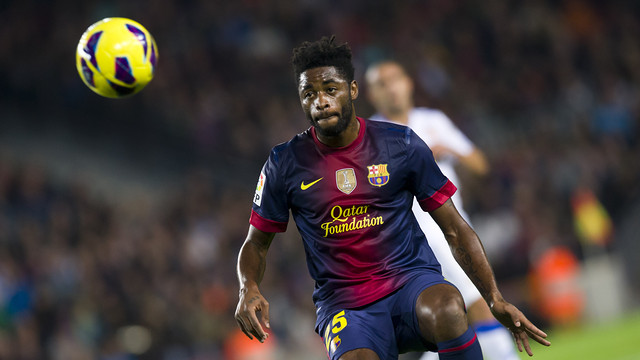 Barça midfielder Alex Song has pulled out of this week’s international game after the Club Medical Services released a statement explaining: “Song has felt a twinge in his left knee and as a precaution, he will not be travelling with the Cameroon squad”.

Alex Song was one of the 16 Barça players called up for international games this week and had been due to join up with his national side for their game against Tanzania in Dar es Salaam. 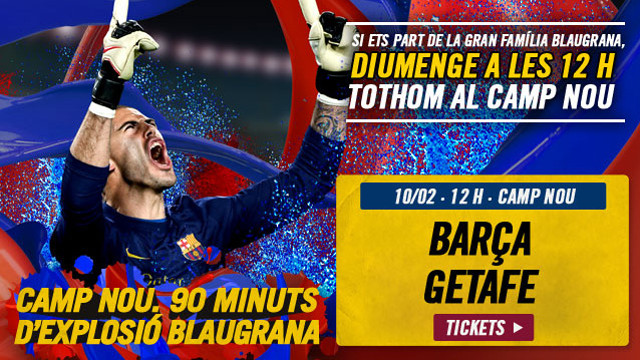 On Sunday football team plays against Getafe at the Camp Nou on 12:00 PM. Tickets are available from 19 euros 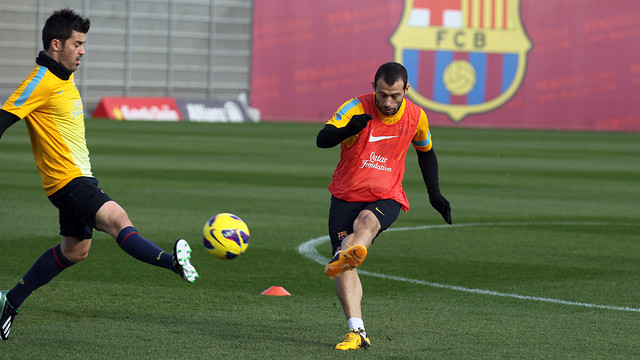 Players have holiday on Monday and Friday and Saturday, the team will focus for the game Sunday against Getafe 10

Barça will only play one match this week. It will be against Getafe, at the Camp Nou, at a time that isn’t normal for the Blaugrana: 12.00 in the afternoon. It will be the first time this season that the Blaugrana will play at this time. The first team will also enjoy two days off – Monday and Friday.

11.00 Training session at the Ciutat Esportiva

11.00 Training session at the Ciutat Esportiva

12.00 Training session at the Ciutat Esportiva

11.00 Training session at the Ciutat Esportiva
20.30 Depart for the team hotel