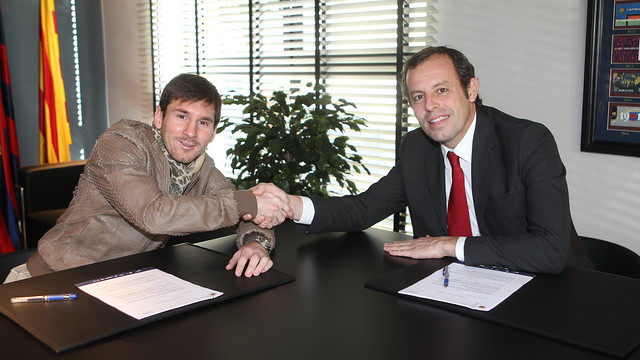 This afternoon Leo Messi extended his contract with FC Barcelona through June 30 of 2018. The signing ceremony was attended by the player, President Sandro Rosell, Vice-President Josep Maria Bartomeu and the Director of Football Andoni Zubizarreta.

Messi added two additional years to his existing contract, which was set to expire in June of 2016. The player, who joined the Club when he was 13 years old and made his first-team debut three years later, will be 31 when his contract expires. 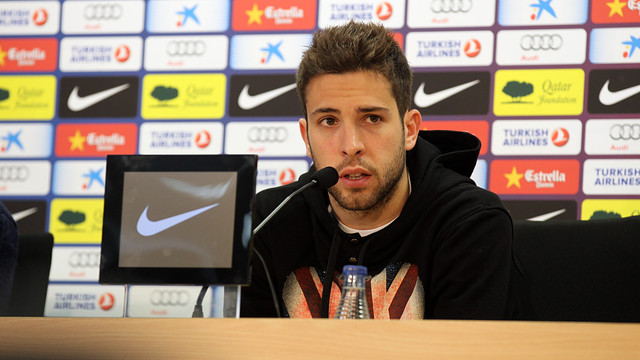 “He is the best player in the world and as long as nothing happens, he’ll be the best ever” says Alba about his Argentinian colleague

The FCB full back does not see why playing Getafe at 12.00 should make any difference to their performance

It’s going to be a difficult month, with some tough matches, but we have to maintain our intensity in every competition. The team is capable of doing that as they have shown in previous seasons. We’ll be taking things match by match and looking to win the

The Barça players have all reacted positively the news that Leo Messi is signing an extended contract today. “I can’t imagine what Messi will be like in 2018, but it’s great news for Barça fans that he’s staying. He is the best player in the world and as long as nothing happens, he’ll be the best ever. We’ll try to make him feel as comfortable here as we can”, said Jordi Alba, before adding that “ I was once unlucky enough to have to face him as an opponent, but now I’m here I’m delighted to have him as a team-mate. I have never seen anybody capable of doing the things that he can do.” With respect to the comments made about Messi in some quarters after the Real Madrid match, Alba insisted that “he’s also a wonderful person, very down to earth, and that’s what those of us who know him appreciate most.”

Next Sunday, Barça will be experiencing a 12.00 start for the first time ever. It’ll be at the Camp Nou against Getafe and Jordi Alba doesn’t expect it to be easy. “Getafe are a very difficult opponent. They’re aggressive, they’ve got quality players and they play good football. They’ll make life very difficult for us, but I don’t think playing at 12.00 is any excuse. The difficulty is the quality of the opponent” said Alba, who is also relieved to note that all of the internationals have come back in good condition.

Barça have a packed schedule in February, with Copa del Rey and Champions League matches in addition to La Liga. “It’s going to be a difficult month, with some tough matches, but we have to maintain our intensity in every competition. The team is capable of doing that as they have shown in previous seasons. We’ll be taking things match by match and looking to win them all … Before the cup match with Real Madrid we’ve got league and Champions League games, and they’re very important too”.

He also reiterated that Barça should only worry about their own concerns, and that Real Madrid is not the only other team in the league. “It’s Atlético Madrid who are second. People always speak a lot about Barça and Real Madrid, but it is Atlético who are closest behind us and they need to be treated just as seriously” he insisted.

Thiago and Song, who stayed in the gym on Tuesday and Wednesday, are back training normally with the squad, while Bartra has recovered from a fever

For the first time this week, Jordi Roura was able to train with most of his players. Some of the players that were in action for their countries last night were back at FCB on Wednesday morning. Cesc, Alba, Iniesta, Pedro, Sergio, Alves, Adriano, Messi and Mascherano all did special recovery exercises, while Valdés, Piqué, Puyol, Villa and Alexis joined the regular session.

Pinto away and Dos Santos alone

Thiago, Song and Bartra were also back. The former pair had spent Tuesday and Wednesday in the gym, while Bartra has been suffering from a fever induced by a virus, but is now back to normal health. However, today it was Pinto who was off sick, having gone down with a bout of gastroenteritis, while Dos Santos worked in isolation.

The team will be given Friday off and will train again on Saturday as they fine tune preparations for the Sunday noon kickoff against Getafe (12.00, GolT, Canal+ Liga). 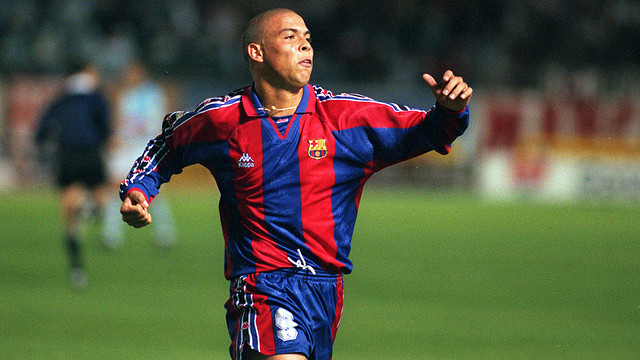 Ronaldo only needed only season with FC Barcelona to leave a long-lasting mark on the Club. The Brazilian forward donned the Blaugrana strip in the 1996/97 season. That year he netted 47 goals in 51 matches. He led the team to the Cup Winners Cup title, the Copa del Rey title and the Spanish Super Cup. 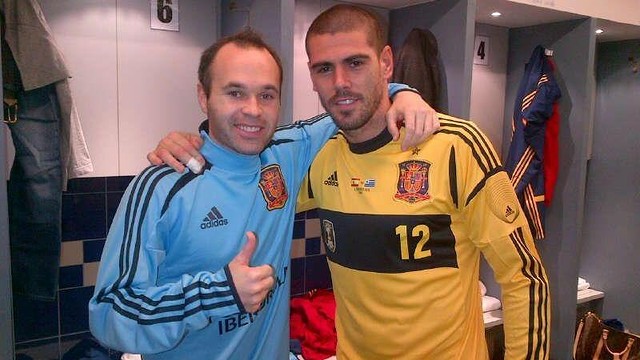 Alves and Adriano’s Brazil lose to England in Wembley

Nine FC Barcelona players featured for the Spanish national team in Qatar, in a match that was watched by Barça President Sandro Rosell. Pedro (2) and Cesc scored for Spain. Messi, Mascherano and Alexis also featured for their respective countries. Argentina and Chile both won. Brazil, however, lost in Wembley to England.

Seven FC Barcelona players were named to the starting team against Uruguay: Valdés, Puyol, Alba, Busquets, Iniesta, Fàbregas and Pedro. One of them, Cesc, scored the opener a quarter of an hour into the match with a long-range strike. The keeper, Muslera, could have done better to save the attempt. Uruguay equalised on the 31st minuted thanks to ‘Cebolla’ Rodríguez’s shot.

Carles Puyol played a fantastic match in Doha. His goal was overruled and at halftime he received a tribute for playing in his 100th match for Spain. In the second half he came off for Piqué, David Villa was also subbed on. The opening 15 minutes of the second half saw eight Barça players coincide on the pitch. It was then that Pedro broke the deadlock to make it 1-2.

On 60 minutes, after an excellent save from Valdés, Iniesta was subbed off. Minutes later, Pedro scored the definitive 1-3; he was assisted by Cesc. The midfielder finished the match with a knock.

Argentina, with Messi and Mascherano in the starting team, defeated Sweden in Solna. All of the goals were scored in the first 23 minutes of the match, with the exception of the last goal, which was scored in stoppage time. The goalscorers were Lustig (own goal), Agüero and Higuaín for Argentina, and Olsson and Rasmussen, for Sweden. Messi, who led Argentina, never lost focus on Sweden’s goal and on various occasions he came close to scoring, especially in the second half, when the keeper cleared the ball off the line.

Chile earns win thanks to a very active Alexis (2-1)

Alexis Sánchez played the entire 90 minutes in this evening’s match between Chile and Egypt at the Vicente Calderón. The FC Barcelona player was very active and directly contributed to his team’s two goals (Vargas and Carmona netted for Chile). Alexis had a chance score the opener on 30 minutes. Salah, on 87 minutes, cut Chile’s advantage in half.

Brazil, with Dani Alves and Adriano named to the starting line-up, lost to England in Wembley by 2 to 1. England scored thanks to strikes from Rooney and Lampard, while Fred scored for Brazil. The English keeper, Hart, denied Ronaldinho’s penalty when the match was 0-0. Adriano was subbed off on the 69th minute.