The Barcelona and Argentina superstar Lionel Messi endorsed the up and coming starlets as part of ‘Team Messi’, giving them his own custom boots, while encouraging fans around the world to follow their progress.

But what has become of those 20 players in the years four to five years since? How many have made good on their early potential and where are they now?

Kenedy (Chelsea & Brazil): Joined Chelsea from Fluminense and currently on loan at Getafe – his fourth loan away from Stamford Bridge after spells at Watford and Newcastle (twice).

Maxwell Cornet (Lyon & France): Still with Lyon and has gone on to play over 200 games for the club. Also a full Ivory Coast international after switching allegiance back to his homeland.

Jeremie Boga (Rennes/Chelsea & France): The two-time FA Youth Cup winner only played once for Chelsea’s first-team and joined Sassuolo on a permanent transfer in 2018.

Accursio Bentivegna (Como/Palermo & Italy): Currently with Carravese in Serie C, following an initial loan, after leaving Palermo on a permanent deal in 2018.

James Wilson (Manchester United & England): The striker shocked the world with two goals on his debut in 2014. Now, however, he is with Aberdeen after being released in 2019.

Timo Werner (Stuttgart & Germany): Poached by RB Leipzig following promotion to the Bundesliga in 2016 and has become one of Europe’s top strikers – currently Bundesliga top scorer. 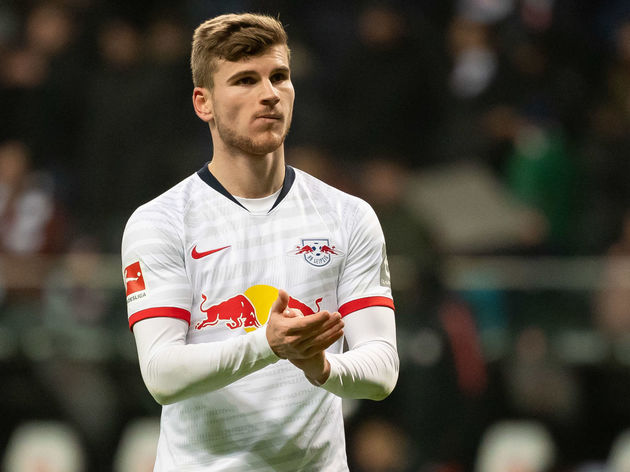 Aleksey Miranchuk (Lokomotiv Moscow & Russia): Remains with Lokomotiv Moscow and has played over 200 games for the club. Also a regular pick for Russia and went to 2018 World Cup.

Gyasi Zardes (LA Galaxy & USA): Famed for his role in ‘The Journey’ in FIFA 18, the 28-year-old has since left LA Galaxy but stayed in MLS to join Columbus Crew.

Marcos Lopes (Monaco & Portugal): Better known these days as ‘Rony’. Enjoyed a breakout season at Monaco in 2017/18 after impressing on loan at Lille, but now struggling at Sevilla.

Khiry Shelton (New York City & USA): Went from NYC to Sporting Kansas City, before trying his luck with German club Paderborn. Now back in Kansas City for the 2020 MLS season. Kasper Dolberg (Ajax & Denmark): Broke into the Ajax first-team in 2016 and enjoyed a strong debut season. He bounced back from a downturn, before Nice paid €20.5m for him in 2019.

Gabriel Boschilia (Monaco & Brazil): Played an impressive small role as Monaco won Ligue 1 in 2016/17. Remains with the club but has failed to kick on since returning from a loan at Nantes.

Kekuta Manneh (Vancouver Whitecaps & Gambia): Has played only sparingly in recent years, despite a strong 2015 MLS season in Vancouver. Now with FC Cincinnati ahead of 2020.

Nadya Karpova (Chertanovo & Russia): The only female player in the selection, the forward left Russia for Spain in 2017 and now plays for Sevilla after a spell with Valencia. Nathan (Vitesse Arnhem/Chelsea & Brazil): One of the many talents contracted at Chelsea that has never played for the club. Currently on loan at Atletico Mineiro in Brazil until summer.

Davide Calabria (Milan & Italy): Still with Milan but has returned to being a fringe player after injury ended a promising 2018/19 season early. Capped by Italy up to Under-21 level.#

Jean-Kevin Augustin (Paris Saint-Germain & France): ?Has just joined Championship side Leeds on a loan deal from RB Leipzig, where early promise after his 2017 move faded.

Patrick Roberts (Celtic/Manchester City & England): Now at his fourth different loan club from Manchester City in the form of Middlesbrough after hardly featuring for Norwich.