Rafinha felt discomfort during the recent 1-1 draw with La Liga title rivals Atletico Madrid after coming on as a half-time substitute, after which a scan showed the extent of the damage. The predicted recovery period for the 25-year-old does not exclude a comeback in the very final stages of the 2018/19 season, although it would certainly not come as a surprise should he miss the full remainder of the campaign.

Largely used as a backup player, Rafinha had played eight times in all competitions this season prior to his injury, five of which were as a starter.

Cruelly, this is the third serious knee injury of his career. Rafinha previously a ligament in his right knee in 2015, while he also missed several months in 2017 after another right knee problem. 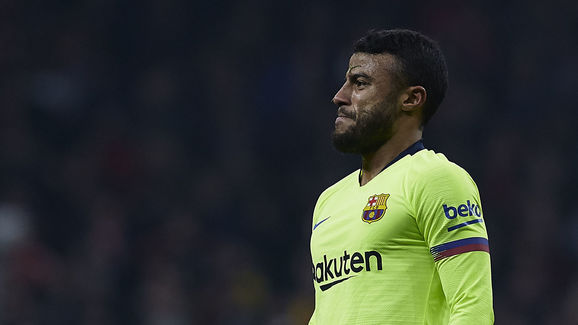 Rafinha remains under contract at Camp Nou until the summer of 2020. He was loaned to Inter in the second half of last season with a €35m option to buy, but returned to Spain in summer.

To date, home grown Rafinha, who is the brother of former Barça player Thiago Alcantara and son of 1994 World Cup winner Mazinho, has played 87 times for the club at first team level.