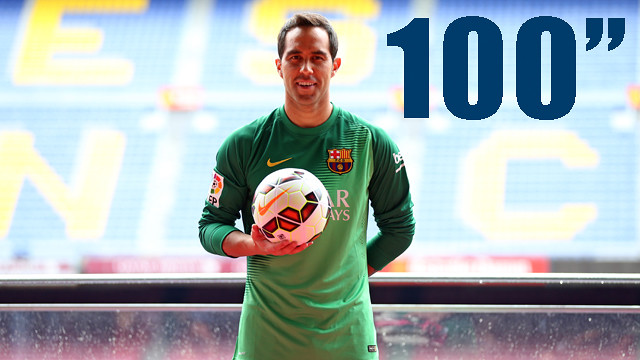 It was a very intense day for Claudio Bravo. After arriving in Barcelona on Sunday morning, and posing with the FC Barcelona crest, the Chilean started this Monday with a medical at the Ciutat Esportiva Joan Gamper. After arriving to the Camp Nou, he signed his contract, posed for his official photograph in the Barça strip, held a press conference and sat down for an interview to Barça TV.

Here’s a 100-second video recap of the keeper’s presentation as an FC Barcelona player.