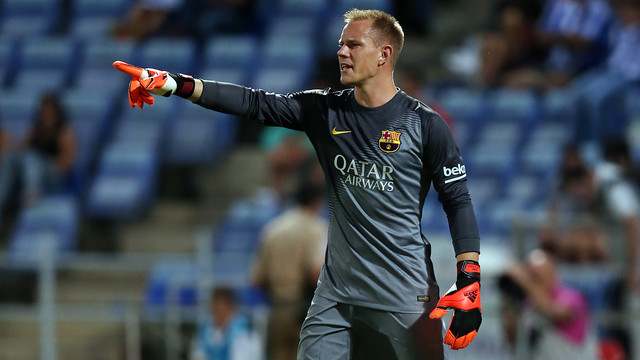 The new goalkeeper didn’t have much to do against Huelva, but looked secure when called upon and showed he can lead his defence

Marc-André ter Stegen made his first team debut for FC Barcelona on Saturday night in the 1-0 win over Recreativo Huelva in the Colombino Trophy match. And despite being so young, he showed that he has plenty of experience in goal.

He came on in the second half as a replacement for Jordi Masip, and the first thing to note was how good he is with the ball at his feet. He didn’t have an awful lot to do in the match, but when called upon, he always got things right.

The German insisted afterwards that he hadn’t felt in the slightest bit nervous about his first appearance for FC Barcelona, these images of his warm-up show that. He looked very confident before going on and performed well up to expectation.