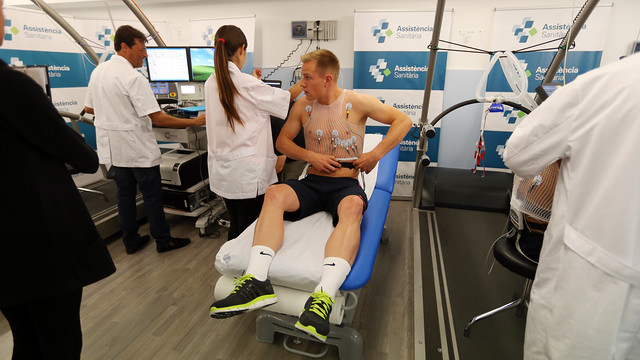 Eleven first team players and twelve from the reserves were involved

The venue was the Ciutat Esportiva, where the squad gathered first thing in the morning. After initial analyses, they were then staggered into different groups for biomechanical tests, electrocardiograms, echographies, effort tests and densitometry examinations.

The players that have been involved in the Brazil 2012 World Cup will be returning at different stages over the next few weeks.

Luis Enrique has scheduled double training sessions at 9.30 AM CET and 6.30 PM CET each day, the times specially chosen to avoid the scorching midday heat in the Catalan capital at the moment.

On Saturday, Huelva will be the stage for the first preseason friendly for Barça 2014/15.