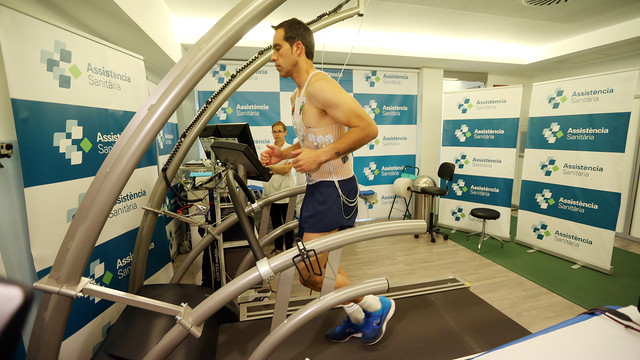 Claudio Bravo, the second new FC Barcelona goalkeeper after Marc-André Ter Stegen, passed his medical test this morning before signing his contract to officially become a member of the first team squad. The Chilean arrived at the Ciutat Esportiva Joan Gamper at around 9.00 AM CET, and took a series of medical examinations and effort tests.

The goalkeeper, once he had passed the tests, moved to the Camp Nou, where he will sign his new contract, appear for pictures on the field and then give a press conference.