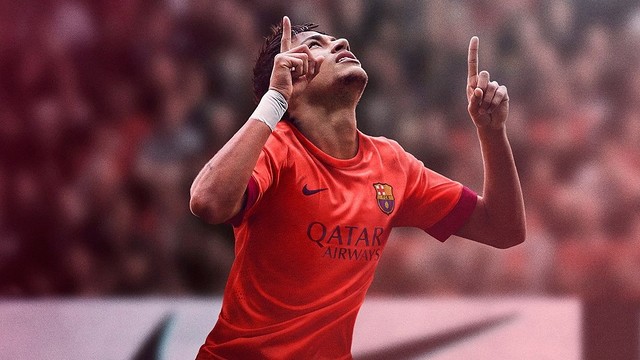 It is already available at all official FC Barcelona stores and via nike.com/fcb

This Saturday at the Nuevo Colombino in Huelva, there will be plenty of new things to look out for. The first game of the preseason will also be the first with Luis Enrique as manager, and several players will also be making their first team debuts. But the game in Andalusia will also mark the first appearance in a match of Barça’s new crimson away kit, after it was unveiled on July 15.

The brand new shirt is already available at all official club stores (FCBotiga) and also online from nike.com/fcb. And the new design is clearly a huge hit with the fans. Since it went on sale this week, it seems to be selling as well as the more traditional first strip.

GET THE AWAY SHIRT