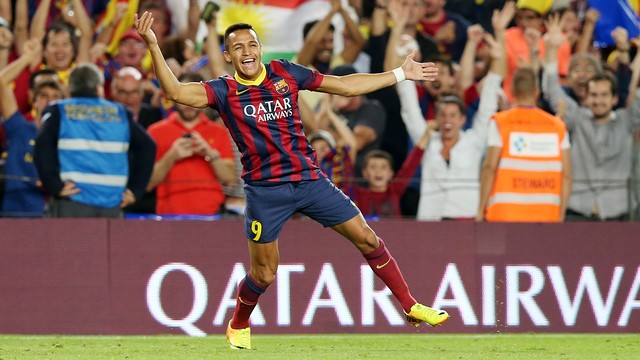 FC Barcelona and Arsenal FC have reached an agreement for the transfer of player Alexis Sánchez to the Premiership club.

FC Barcelona thanks Alexis Sánchez for his professionalism and dedication for the three seasons that he has been in the first team squad, and wishes him all the best for the future.

The Chilean striker was signed from Udinese and wore the coveted number ‘9’ shirt. He is leaving FC Barcelona after scoring 47 goals in 141 matches and winning one Spanish Liga, one Spanish Cup, two Spanish Super Cups, one European Super Cup and one Clubs World Cup.