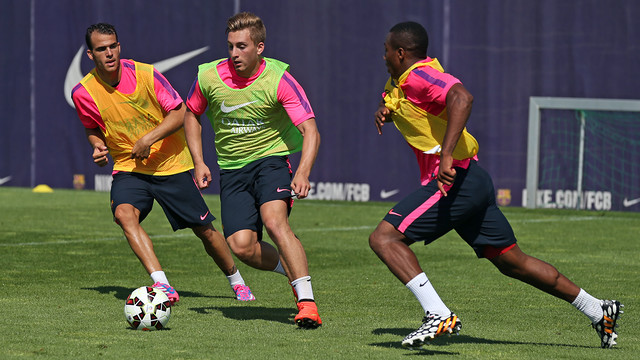 The third day of the Barça 2014/15 preseason involved 22 players training on a scorching hot Wednesday morning in the Catalan capital. Eight of those were from the first team and the remainder from Barça B.

The first team players were Ter Stegen, Masip, Montoya, Bartra, Sergi Roberto, Deulofeu, Afellay and Bojan, while Adriano once again remained in the gym. Tello was excused for a trip to Porto, where he is negotiating his future, while Rafinha, with a bruised toe, was also absent.

The team has another training session early this evening at 6.00 PM CET, again at the Ciutat Esportiva and, in all probability, once again under a burning hot sun.