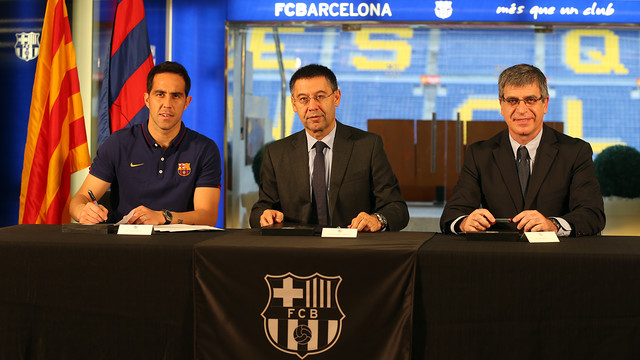 31 year old Claudio Bravo is officially an FC Barcelona player. After passing his medical test at the Ciutat Esportiva on Monday morning, the goalkeeper headed for the presidential suite at the Camp Nou to sign a contract binding him to the club for the next four seasons, until the end of the 2017/18 campaign.

He was joined by president Josep Maria Bartomeu and vice-president Jordi Mestre. They then posed for pictures in the company of director of football Andoni Zubizarreta.