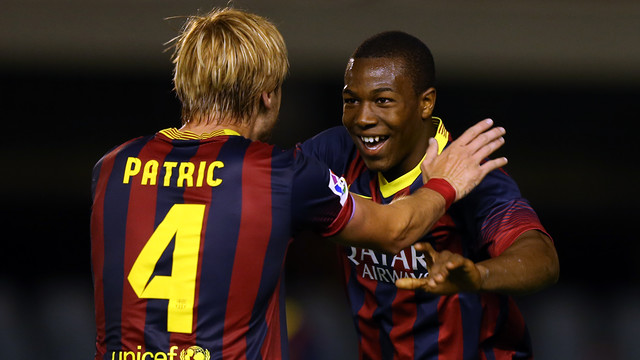 Barça B scored a total of 60 goals in La Liga Adelante, second top scorers behind Sporting

Dongou, with eight goals, was top scorer in a team where the goals were shared out. Denis Suárez, Edu Bedia, Sandro and Espinosa all scored seven

One of the keys to the great season that Barça B have just had was their ability to score goals. Eusebio Sacristán’s team scored a total of 60 goals, and were the second top scorers  in the League, behind Sporting Gijon, who scored 63. Out of the total, 34 goals were scored at the Miniestadi, the third best home scoring record behind Murcia, who scored 35 at the Nueva Condomina, and Sporting, with 39 at the Molinon

The difference from other seasons, where one or two players scored most of the goals, is that this season the goals were shared between several players. Dongou was top scorer with 8 goals, but 4 other players scored 7 goals: Denis Suárez, Edu Bedia, Sandro, and Espinosa