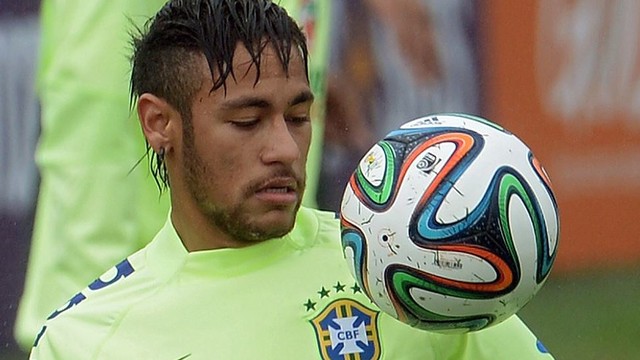 Neymar Jr held a press conference this Wednesday ahead of tomorrow’s opening match: “I don’t want to be the best player or the highest goalscorer, I want to win it”

The world is eagerly awaiting the first game of the World Cup. On Thursday, Brazil and Croatia will kick off the tournament at 10 PM CET, an event that will feature 13 FC Barcelona players. The the eve of the World Cup Neymar Jr held a press conference.

“Our time has come. Our best player will be the ‘torcida’ (fans),” said the Brazilian. When asked about his expectations for the tournament, he said, “I don’t want to be the best player or the highest goalscorer, I want to win it.” He added, “I’m ready to help my teammates, I don’t play by myself. Eleven players will be on the pitch, and we all know what job we have to fulfill.”

Neymar Jr was accompanied by manager Felipe Scolari, who said: “I would have to change our approach if Neymar played for the other team. You never know what he might do.”

In addition to Brazil, Cameroon, Spain, Chile and Argentina took to the training pitch to finalise preparations for the tournament. It’s worth noting that the first three will play their opening matches on Friday, against Mexico, the Netherlands and Australia, respectively.