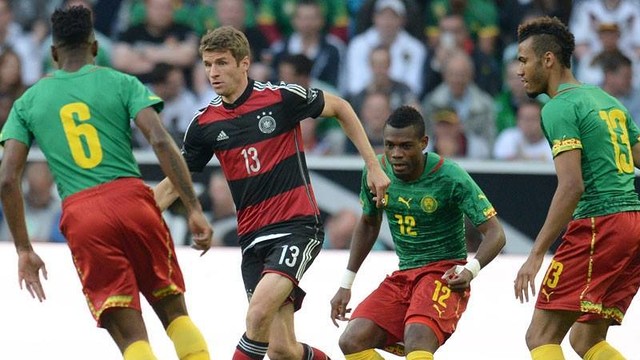 The ‘Indomitable Lions’ drew in a friendly played in Monchengladbach, where the Barça midfielder played the 90 minutes

This Sunday it was the turn of Alex Song’s Cameroon, in preparation for the World Cup starting this month. Cameroon played a friendly against Germany in Monchengladbach and gave Germany lots of problems. Song played the full ninety minutes in midfield

Cameroon showed their credentials in a very good first half where they were better than Germany. In the second half, the Indomitable Lions went ahead with a goal from Samuel Eto’o (63 min.) The Germans were not slow to react and in less than ten minutes turned the game around with goals from Muller (66 min) and Schürrle (71 min.).

The best goal of the match was still to come and was scored by Choupo-Moting with a great cross-shot from the left (78 min.) The final minutes could have gone either way with plenty of substitutions and goal opportunities, but the scoreline stayed the same (2-2).