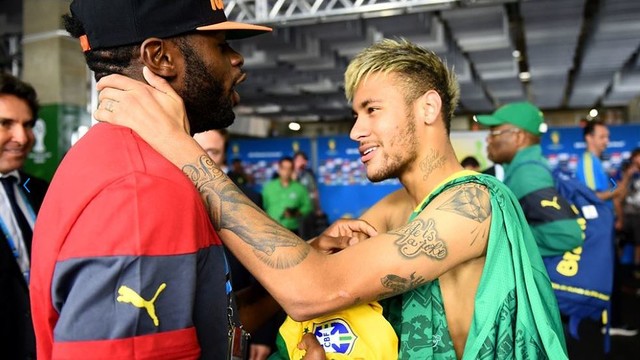 Only 22, Neymar has already scored more goals for Brazil than Ronaldinho and Rivaldo and sits sixth in the country’s all time goalscorers’ list

Neymar Jr inspired Brazil to their 4-1 win over Cameroon on Monday evening and his two goals took him even closer to some of Brazil’s all-time greats.