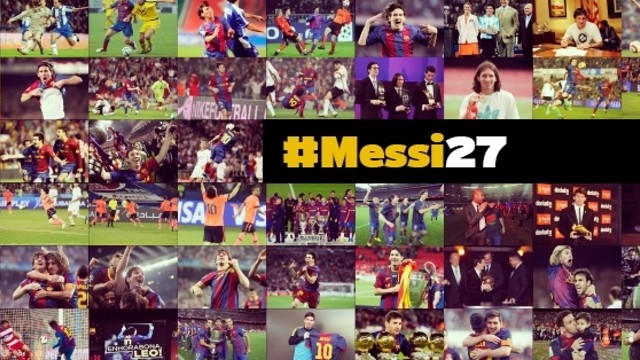 Leo Messi is 27 today. The Barça number 10 will be celebrating his birthday with the Argentinean squad as they prepare for Wednesday’s final World Cup group game against Nigeria.

Messi has spent more than half of his life as a Barça player – having joined the Club as a 13 year old, making his first team debut at the age of 16.  His career at the Camp Nou has taken him to the heights of the game to become the world’s best player, setting many records, including the Club’s leading ever goal scorer, overtaking Paulino Alcántara this season with  381 goals in 466 games.