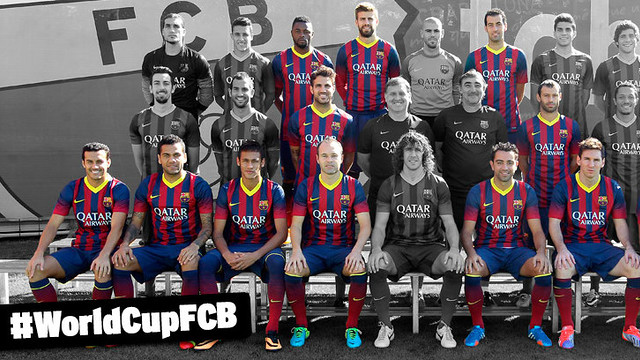 On Thursday the 2014 World Cup will kick-off. As in previous editions, Barça will be heavily represented, as 13 of the 25 Barça 2013/14 first team squad will take part. They are: Pique, Jordi Alba, Busquets, Xavi, Iniesta, Cesc, and Pedro (with Spain), Alves and Neymar (Brazil), Messi and Mascherano (Argentina), Alexis (Chile) and Song (Cameroun).