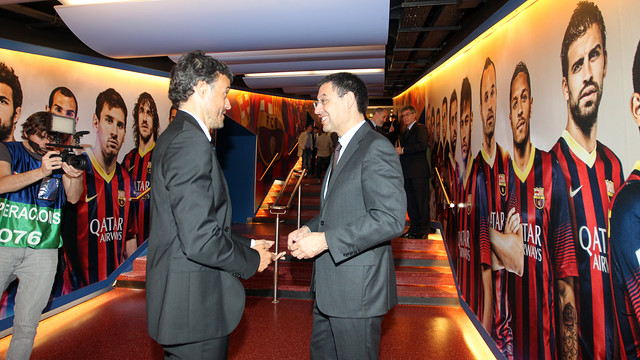 Luis Enrique’s first day as FC Barcelona’s manager was very, very intense. The Asturian returned to the Club’s offices to sign his two-year contract and be officially presented as the team’s coach.

The manager was accompanied by his coaching staff and by members of the Board of Directors, who also guided the new cadre of managers to the first team’s dressing room in the Camp Nou.

Now, in a nine-minute video, you can experience Luis Enrique’s first day just as he did.