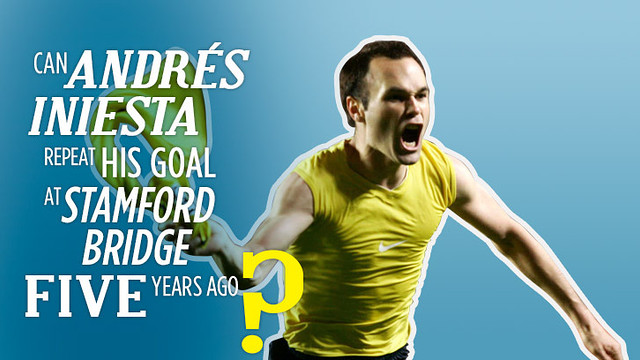 It was a goal by Andres Iniesta five years ago today that sent FC Barcelona on their way to their third Champions League trophy. Three minutes into injury time and it looked like it was all over for Barça at Chelsea’s Stamford Bridge. But then up stepped Iniesta to score from outside the area to make it 1-1 and send the Catalans through on away goals after the first leg had ended 0-0. The side led by Pep Guardiola were on their way to Rome, where they’d defeat another Premiership outfit, Manchester United, to win the title, the goals in a 2-0 win coming from Samuel Eto’o and Leo Messi.

Tuesday 6 May marks the fifth anniversary of that unforgettable night – the night of what local fans now call the ‘Iniestazo’. But would the Barça midfielder be able to repeat the feat? He accepted our challenge and tried to emulate his famous goal on one of the fields at the Ciutat Esportiva Joan Gamper.