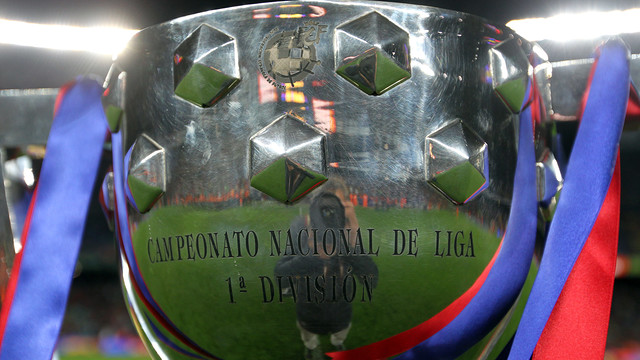 This Saturday, at 6:00 PM CET, the Camp Nou will host the final of what is the closest La Liga race in recent history. The leaders, Atlético Madrid, and FC Barcelona, three points adrift in second, will face off in a match that will decide the title. This weekend’s draws for both teams – 0-0 for Barça v Elche and 1-1 for Atlético v Malaga – means that Tata Martino’s men are still alive in the competition. Real Madrid, who lost away to Celta (2-0), have officially said goodbye to their title chances.

Victory is a must

The Blaugrana can defend their La Liga title if they defeat Diego Simeone’s Atlético Madrid. Only a victory will make Barça champions, thanks to the team’s head-to-head tie breaker against the Colchoneros.

Therefore the Camp Nou will experience a night of nerves and excitement. Kick off is scheduled for 6:00 PM CET. It will be the sixth match between the two sides this season (two Spanish Super Cup games, two Champions League games and two La Liga games).