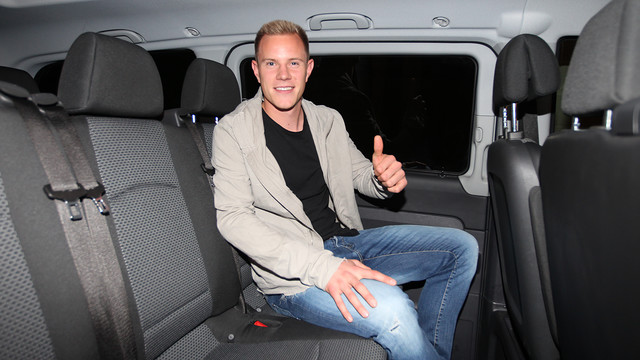 Marc-André Ter Stegen is here! The German keeper has arrived in Barcelona for a day he is surely never going to forget. Joined by family and friends, his flight landed at El Prat Airport at 12.15, from where he was transferred directly to the Camp Nou to sign his contract as an FC Barcelona player, to appear on the pitch and to be presented as the first new signing for the 2014/15 season.