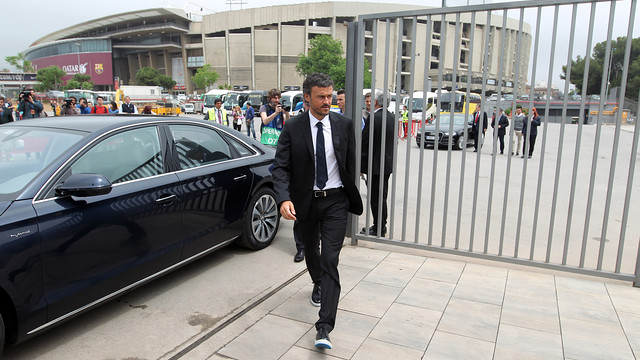 The new manager signed for FC Barcelona in 1996 during his playing career, it just so happens that Atlético Madrid also won the league title that season

This year it was Barça who pushed Atletico till the last game, in 1996 it was Valencia – with a certain Andoni Zubizarreta in goal.

Finally, one last coincidence: David Villa, the last Asturian to play for the team, was presented on May 21. Just like Luis Enrique.