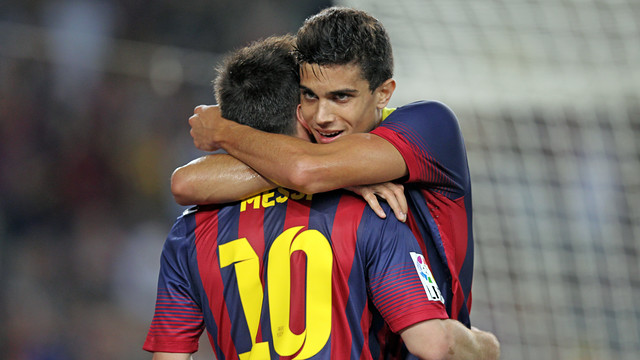 Marc Bartra is becoming a very important player for the first team. This year he’s featured in 29 games, which betters his mark of last season’s 16 appearances,  two appearances from two seasons ago, and five appearances from three seasons ago. With the arrival of Gerardo Martino, and partly due to the injuries that Carles Puyol and Gerard Piqué have sustained, Barça’s No.15 has consolidated his position in the team.

In addition, Bartra has equalled his record of being named in the starting line-up. He’s featured for Barça in the team’s last four consecutive matches from the start (Real Madrid, Athletic Club, Villarreal and Getafe), a feat he first accomplished at the beginning of the season (Almería, Celtic, Valladolid and Osasuna).

In fact, the center back may well have started in the team’s last seven games but an injury to his right leg kept him off the pitch.