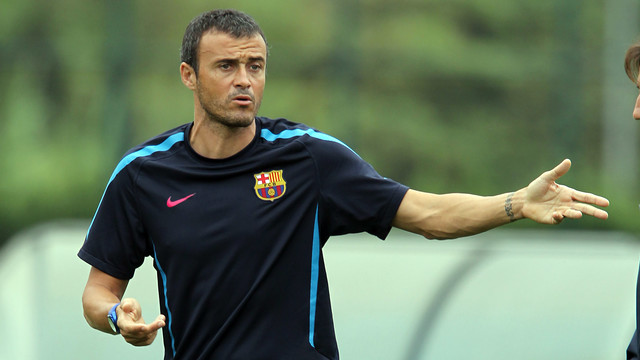 Luis Enrique will kick off his first pre-season as Barça coach on Monday, July 14, when squad members not involved in the World Cup will report for training at the Ciutat Esportiva Joan Gamper. As usual, the first day back will be devoted to physical and medical tests, as well as the squad’s first contacts with the new coaching staff.

The players involved in Brazil will come back later in the summer after their participation in the World Cup is over and they have enjoyed a well earned break.

The Club have so far confirmed one pre-season game – in Helsinki on August 9 -with the rest of the schedule, including the dates of the Joan Gamper Trophy, yet to be finalised.