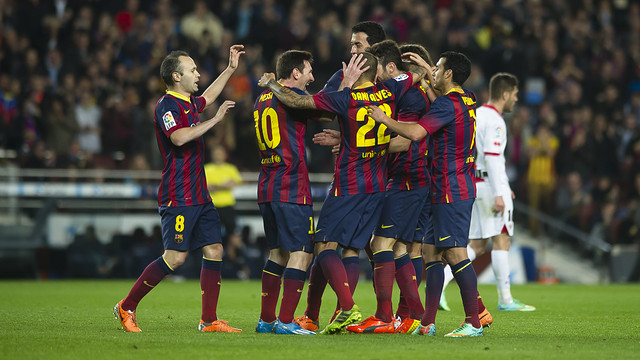 If Barça win the remaining six points this season, the Blaugrana will retain the league crown!

La Liga, just like life itself, presents us with a multitude of situations. When it looked as though the title was impossible for Barça after this weekend’s draw with Getafe, the Blaugrana were given a new chance to defend the title they won under the tutelage of Tito Vilanova.

This evening Real Madrid drew with Valladolid at the Nuevo Zorrilla (1-1), thus leaving the La Liga title in Barça’s hands. The fact that the Blaugrana host Atlético Madrid at the Camp Nou in the last game of the season means that Barça will have the chance to claim the title in front of the Camp Nou faithful.