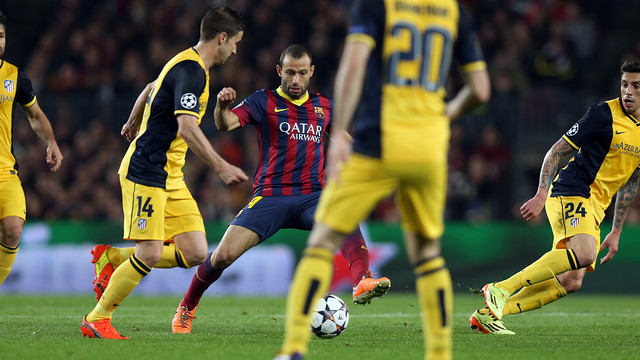 Alves, Alba, Mascherano, Sergio and Xavi have started in all five matches this season against the Colchoneros

This Saturday will decide the outcome of La Liga. Barça and Atlético Madrid will face-off for the title at the Camp Nou at 6:00 PM CET. Here’s a collection of stats and facts about this weekend’s league finale.