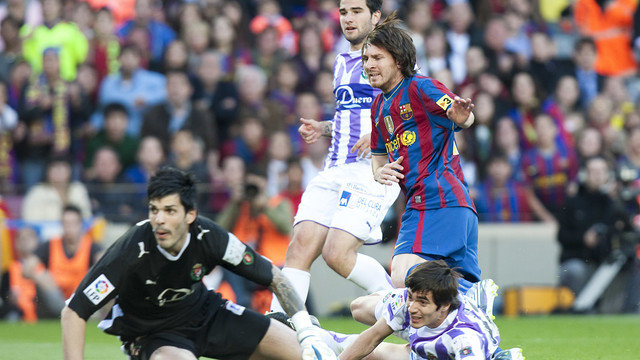 Down the years, the Club have ensured the title with five wins at Les Corts and six more at the Camp Nou

The 11 home wins that won the titles

AT THE CAMP NOU

If Barça claimed their fifth league title of the last six seasons by beating Atletico Mdarid on Saturday, it will be the twelfth time the Club have won the trophy on home soil, with five champions celebrations at the old Les Corts ground and six more at the Camp Nou.

The Club’s other two title claiming wins at Les Corts came against Espanyol in the last game of the 1948/49 season (2-1) and three years later in the penultimate match against UD Las Palmas (7-0).

The first time the team took the trophy at the Camp Nou was after a 5-0 win against Zaragoza in the final game of the 1960 season, but the fans had to wait another 20 odd years for another celebration, when the team crowned the 1992 campaign by beating Bilbao 2-0 and then did the same for the following two seasons, winning against Real Sociedad (1-0) and Sevilla (5-2) in the last games of the season.

Four years after that, the team again treated the Camp Nou crowd to a title celebration, when they again beat Zaragoza (1-0) with four games still to play. The last time was in 2010, when Valladolid were beaten 4-0 in the final match of the season.

Could Saturday be the first time Barça celebrate the title by beating Atletico Madrid at home?