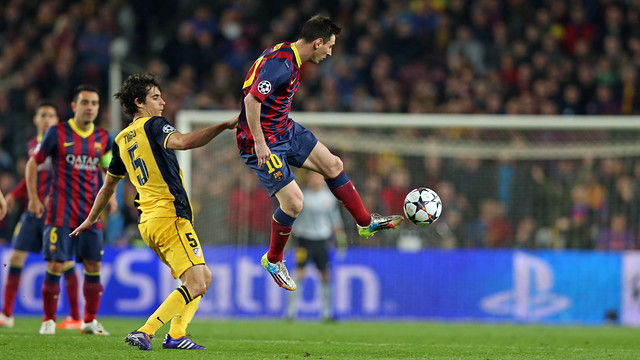 The stats from the five games played already this season show how well-matched these two teams are, although there are also some striking differences

Barça and Atlético Madrid are about to meet for the fifth time this season. They’ve all been incredibly tight affairs, with four games ending in draws and Atlético getting one win in the Champions League quarter finals. There have been two Barça goals compared to three for Atlético. But although there’s not much to choose between the teams in terms of most stats, there are also notable differences in some categories.

Barça are the clear leaders when it comes to crosses into the area, passing, possession and dribbling. Simeone prefers a more direct approach, and his side gets caught offside much more and gives away more finals, which reflects their more physical game. Here’s a summary of what happened in the five games these sides have already played in various competitions in the 2013/14 season: