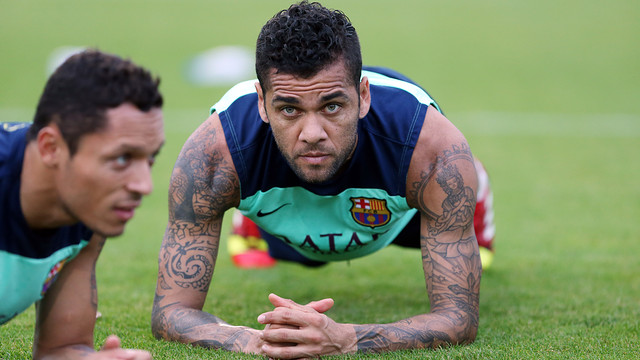 The Brazilian returned to normal training, whilst Xavi Hernandez completed part of the session with the rest of the group

In the session led by Tata Martino, Jordi Masip, Sergi Gomez, Sergi Samper and Edu Bedia, from Barça B, all took part

The Barça first team trained this Wednesday at the Ciutat Esportiva Joan Gamper training ground to carry on their preparation for the game against Elche, next Sunday.  Dani Alves returned to normal training with the group after a few days doing specific recuperation work. The Brazilian was the main focus at the start of the session, as his teammates congratulated him on his 31st birthday on Tuesday.

Xavi Hernández and Barça B players